Tidal Brings Hi-Fi Streaming to the US and UK… 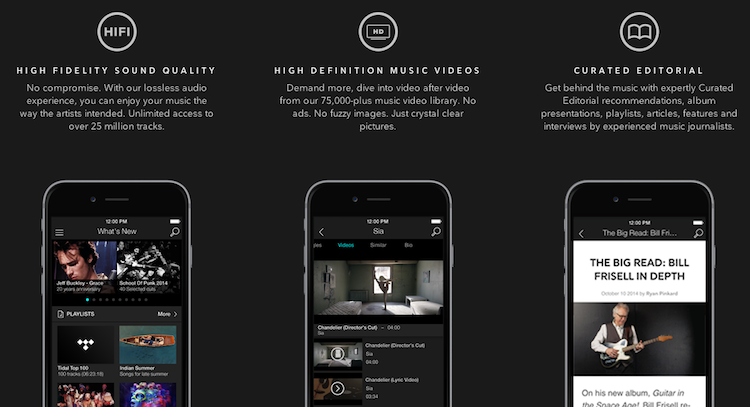 Tidal has officially launched in the US and the UK. The service is built by Norway’s WiMP, who rebranded for these new markets (good move).

Tidal has also signed agreements with a number of audio brands.  This is key, since listening to TIDAL through your iPhone headphones negates the benefits of the service.  Tidal has agreements with Astell & Kern, Denon HEOS, JH Audio, McIntosh, Sonos, and many others.