How Do We Fix the Industry’s Gender Imbalance? Female Producers Weigh-In 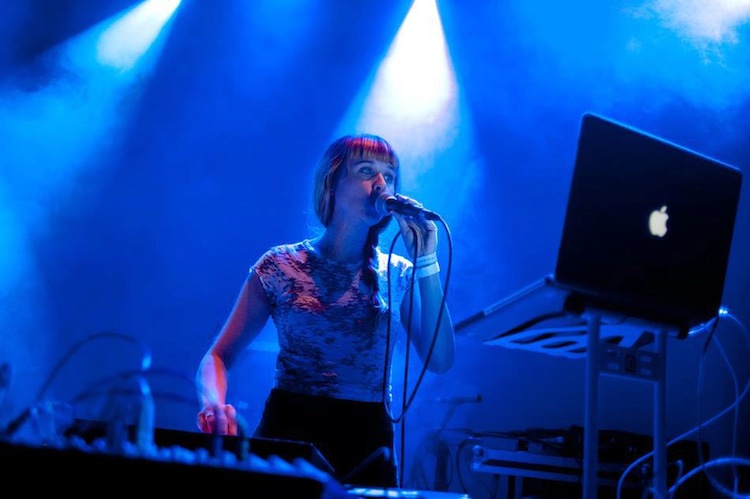 The Fader has talked to 13 female producers, asking why they think there are so few female producers and engineers, and what we should to do about it.  Fader links to sources that estimate the number of women in these fields to be around five percent, but it’s really difficult to truly know.

We don’t really need an exact number, we can look around and see it.  Recent electronic music festival bookings of women hovered around 2 to 10 percent of the total lineup.  Decibel Festival’s lineup was 18.1 percent female, a positive change.Read some of these producers’ ideas on how to change the gender gap below, and read Fader’s full article for the full list and a wide variety of thoughts on why the gap exists.

“My mother supported my dream, so without her, I wouldn’t be answering these questions. Support is one aspect, but women should also be fearless, go forth and battle the crescendo of bullshit in their path.”

“For others aspiring to be the next WondaGurl, there’s an uphill battle to push through to be taken seriously by clients and create a whole new archetype for girls on deck, and the ones who do will be heroes and exponentially attract others to the field.  I think it’s up to girls to teach themselves the skills they need and step up to the plate as musical pioneers, not up to corporate sponsorships to give handouts that emphasize that the recipient is a minority rather than as a expert.  Ultimately the music has to speak for itself and make the biggest change. I really think it’s only a matter of time though. I’d give it five years max till we have a top 10 track made by a female producer.”

“I feel women should enter more beat battle competitions, that would be the first step in getting noticed by people from all over. There are many industry people that attend those events and that I feel would be a good place to promote yourself.”

“I think this is something more complex than just female involvement. I think a number of people struggle to find a place within the industry due to this preoccupation with old archetypes, and insistence that people adhere to the same affected role-playing in order to be considered worthy of opportunities. Adherence to those kind of roles inherently creates barriers for people of diverse lifestyles and opinions. What distinguishes someone like Missy Elliott, for example, is that she exists outside of those narrow roles, and ultimately I think that until people insist on seeing greater diversity of style and opinion in popular music we will continue to face this challenge.”

“It would be too easy to name things like “start school programs” or air PSAs. The reality is that there is a systematic flaw in our culture. Women need to feel proud to stand on their own and be creative without worrying about how we may be inadequate.“

+How to Make Music With Sushi, by Just Blaze and TOKiMONSTA…

“You can start by booking me at the same price as males, stop leaving me on the bottom of the pile, work with me, talk to me, endorse me, promote me.“

“It’s a two prong attack: 1) Getting more girls exposed to introductory production workshops at a young age before they get into that teenage headspace of learning that they can’t. 2) Developing some quality production mentoring programs that are specifically aimed at promising young female engineers to develop their skills further. This mentoring program is something I have thought a lot about initiating when I get the time and support.”

+Anna Lunoe Walks Us Through Her Prolific Dance Music Career…

“Production and engineering schools should encourage women to join, maybe look at their ratio, start mentoring programs. The few women in high positions should take other women under their wing and help them. That goes for male engineers too. This all goes down to the basic bottom line of feminism in general though.”

“I think the industry should highlight the many female producers and engineers we do have in the music industry, no matter what scene they may be in, and maybe that will encourage more girls to take on the challenge. There’s numerous females that work magic outside of the vocal booth—Sylvia Robinson who produced the hip-hop classic “Rapper’s Delight” to Beyonce who was a producer on her I Am.. Sasha Fierce album—but that gets no praise when it should.”

“Start young! Encourage music programming in schools or kindergardens, show how easy and fun it actually is, let them fall in love with it and pursue it as a career. Provide workshops and learning events where girls (and boys) can learn and practice for free. Encourage mentoring by other women artists. Bigger female representation in music events and in music press, without drawing undesired attention to it (less click-bait articles about the problem, more focus on the work of women producers). And if you’re going to write about it, include men in the debate, we need to shift this paradigm together and work towards equality in the future.”