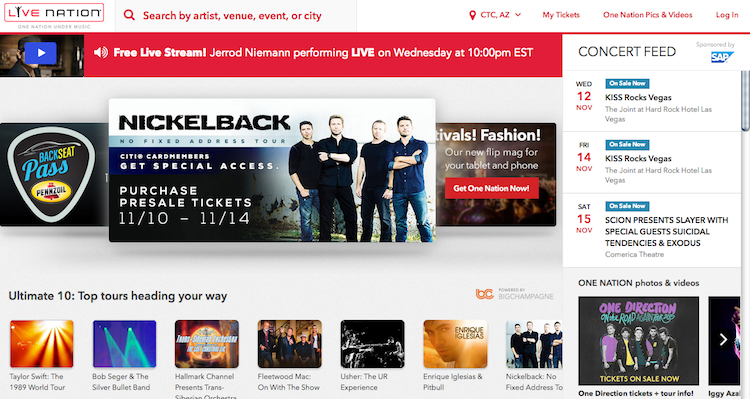 Vice Media has partnered with Live Nation to create a digital content platform for mobile, web, and television. The platform will focus on live music and will roll out “to all major markets” in nine languages. It will go live in 2015.

The platform will feature original content, long and short form video series, editorial, live digital music experiences created with artists, and documentaries. They’ll also sell stuff on the platform, including tickets.Both Vice and Live Nation will handle marketing, sales, and sponsorship, with Vice in charge of content and programming.  Of course, the partners will focus heavily on brand sponsorships and advertising.  This has become a massively-important revenue driver for Live Nation Entertainment, with acqui-hired execs like Joe Fleischer pulling the strings on extremely-lucrative advertising alliances.

If you thought this was a butts-in-seats business…  “Today the content world is in upheaval, with new brands being created in real time, and mainstream media seeing its audience migrate in record numbers. It’s this de-stratification of the status quo that we find so exciting because that, combined with the lack of any real quality music programming out there, equals one hell of an opportunity,” said Vice founder and CEO Shane Smith.