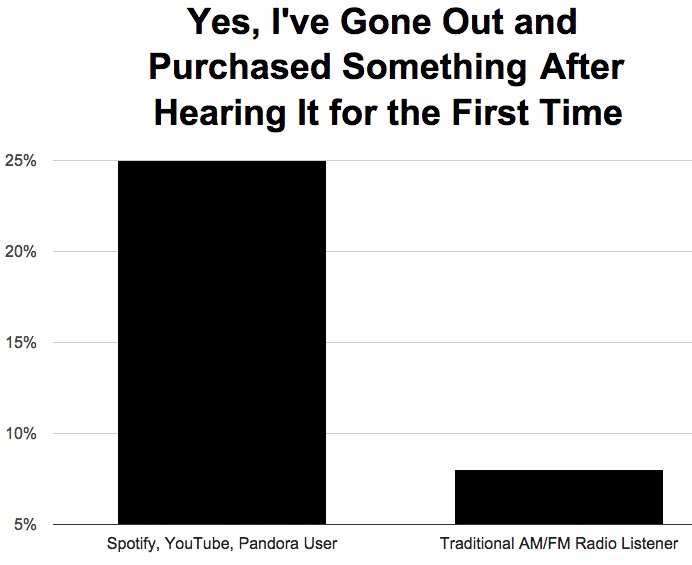 Taylor Swift is all over FM radio.  But should she be?

Not according to the Country Music Association (CMA), who found that people who discover music while streaming are three times more likely to buy that music than traditional AM/FM radio listeners.  The study focused on listeners over the age of 18 across a range of streaming services, including Spotify, YouTube, and Pandora.

But daddy, what’s a ‘music purchase’?  Welcome to the future of the music business — you know, the one you’re living in right now.  Perhaps music analyst Mark Mulligan captured the tectonic shift best when he noted that discovery and acquisition have now become the same thing.  So, for example, when someone discovers something on YouTube, that music has already effectively been acquired.  More and more, that person doesn’t want to download anything, doesn’t need to hold anything physical, and most importantly, doesn’t need to pay anything. 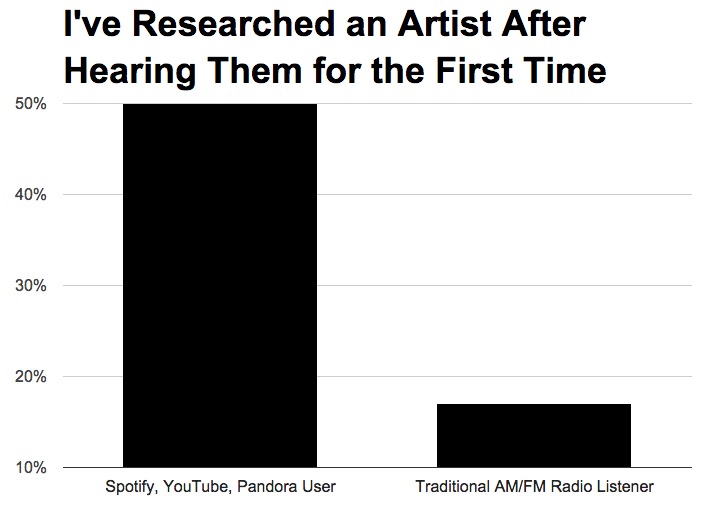 Enter Taylor critics like Dave Grohl, who argue that getting people to listen to — and engage — is the most difficult challenge.  In that light, the study also found that half of those who discovered music they liked through streaming did further research on that music, including Googling the artist and searching for lyrics.

By extremely stark contrast, just 17% of AM/FM listeners did the same.

Written while listening to Walk the Moon.