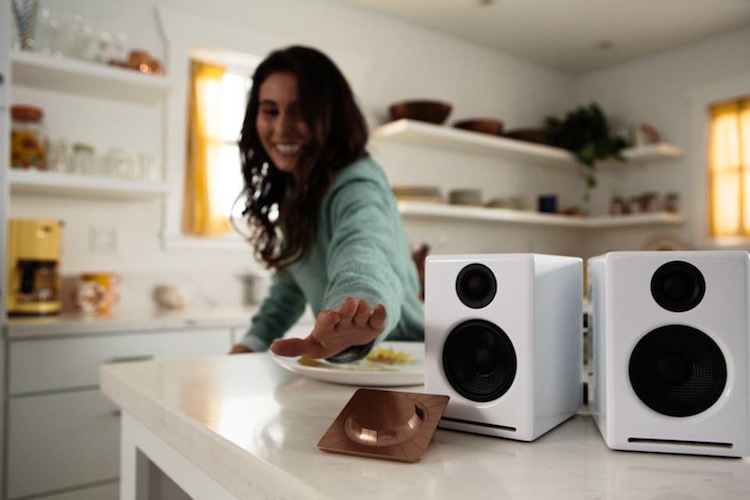 The market is slowly becoming saturated with devices that bring music streaming services to speakers that aren’t digitally connected. In the past year I’ve come across Gramofon, Rocki, Prizm, and other devices.

Beep is basically a giant dial that connects to power and to speakers via an audio or optical cable. Once the device is set up via the Beep app it will stream Pandora or Spotify Premium through the connected speakers.

In June Beep raised $1.6 million from Doby, VegasTechFund, Fuel Capital, and others.

When Nina Ulloa isn’t writing about news and tech for DMN she runs music blog West Coast Fix. Follow her on Twitter: @nine_u