Is There Real Legal Ammunition in Irving Azoff’s Gun? 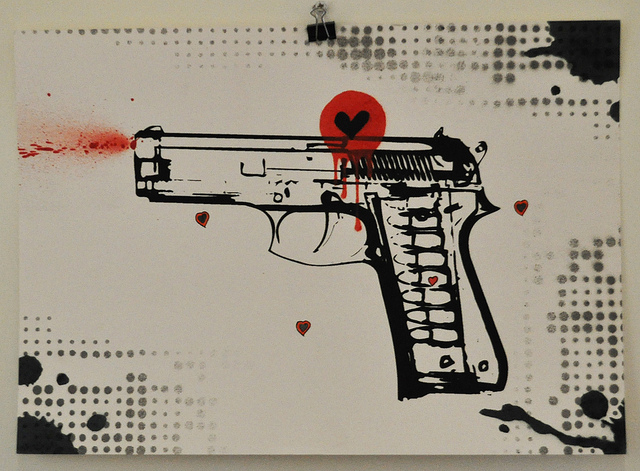 Steve Gordon is a music industry attorney practicing in New York. He is the author of the forthcoming 4th Edition of The Future of the Music Business (more on the book at futureofthemusicbusiness.com).

In correspondence that has become public, Irving Azoff is threatening to sue YouTube in what his lawyer says could be a “billion” dollar lawsuit.

As previously reported, Irving Azoff is trying to create the U.S.’ fourth performing rights organization (PRO). His company, Global Music Rights (GMR) would be in addition to ASCAP, BMI and SESAC. Most countries have just one PRO. But the spirit of competition that spawned BMI and SESAC after ASCAP was founded in 1914, is now motivating Azoff. Oh, and there is another factor: Money.

As a piece on the CBS Morning Show, for which I was interviewed, hammered home (if viewers didn’t already know), songwriters and artists are making a pittance from digital services, including YouTube. Azoff says he wants to change that. Rumor has it that he is paying huge upfront advances to sign writers like Pharrell Williams and Smokey Robinson as well as John Lennon’s estate. Now he wants YouTube to pay up, big time. Negotiations seem to have broken down, and that’s the reason for the threatened suit.

Azoff’s lawyers claim that YouTube needs GMR’s permission to play some 20,000 songs that are currently available on the service. They have demanded that YouTube take down all the videos containing those songs including those featuring the original artists as well as cover versions by other artists and fans. But does YouTube really need GMR’s permission to play those videos?

YouTube is probably more right than it is wrong. Here’s why:

ASCAP, BMI and SESAC all offer “blanket” licenses allowing licensees to play any song in their repertoires. Generally, when a writer leaves a PRO (ASCAP ‘s license is year to year; BMI and SESAC both have two year licenses), they can ask to take their pre- existing songs with them. But generally if there is a license already in effect, and each PRO enters into thousands of licenses including with digital services such as YouTube, the PRO does not lose the right to license those songs for the duration of any pre-existing license. The following clause, which is included in BMI’s agreements with its writers and publishers is typical:

“The termination of this agreement shall be deemed subject to any rights or obligations existing between BMI and its licensees under licenses then in effect. As a result thereof, notwithstanding such termination, BMI shall have the right to continue to license all of Publisher’s [or Writer’s] Works in all places and in all media with respect to which such licenses exist as of the date of termination, until such licenses expire.”

3. Continuing Right To License If Co-Writer(s) Stay Behind

Also, if a song is written by more than one writer and GMR poaches one of the writers, but the other stays behind with ASCAP, BMI or SESAC as the case may be, each PRO arguably has the right to continue licensing that song, and YouTube does not need a license from GMR. ASCAP has a specific rule confirming this:

There are other obstacles to Azoff gaining the exclusive right to represent public performance rights in songs written by successful writers who have been signed to other PROs. Here’s an example: ASCAP has a rule stating that a writer member who has received an advance may not resign from membership before the advance has been fully recouped (except the writer may leave after 5 years if he repays the unrecouped balance).

The Game GMR May Be Playing

Azoff and his lawyer may believe that YouTube does not have licenses from all three PROs. Whether YouTube does or not is not a matter of public record. Under the Consent Decrees governing ASCAP and BMI, they cannot forbid anyone, including YouTube, from publicly performing their songs. If a potential licensee does not agree to their terms, or to higher rates for renewal, all ASCAP and BMI can do is sue them in “Rate Court” and then a federal judge decides a fair rate. So even if YouTube has no current license with ASCAP and BMI, YouTube may continue to play all the songs in their repertoire without a license so long as those songs are still in ASCAP and BMI’s repertoire. If GMR acquired rights in some of those 20,000 songs during a time that ASCAP and BMI did not have a valid license with YouTube, then it’s possible that YouTube actually needs GMR’s permission to play them. So it’s possible that Azoff has some leverage – but probably not for all 20,000 songs.

What The Future Holds?

Eventually Azoff’s threats could become real as (i) the licenses YouTube has with the PRO’s expire, (ii) more writer and publisher agreements expire with the current PROs, and (iii) Azoff can persuade more co-writers to join his current clients.

But here’s the thing: Even if Azoff gets YouTube to pay him, and cough up more money than they have been paying the PROs (approximately 6% of gross revenues), YouTube represents a very small fraction of all the money that each PROs actually collects. Over the many years that they have existed (ASCAP for a century, BMI since 1939 and SESAC since 1930) they have worked hard to license tens of thousands of music users including almost every radio and TV station, nightclub, arena, stadium, restaurant, bar, amusement park, shopping mall and bowling alley, as well as any other place that plays recorded music, in the U.S. How fast, if ever, could even Irving Azoff catch up?

Stay tuned, in a soon to be posted follow up to this article I will address exactly this question and tell you what Azoff’s next step may be.