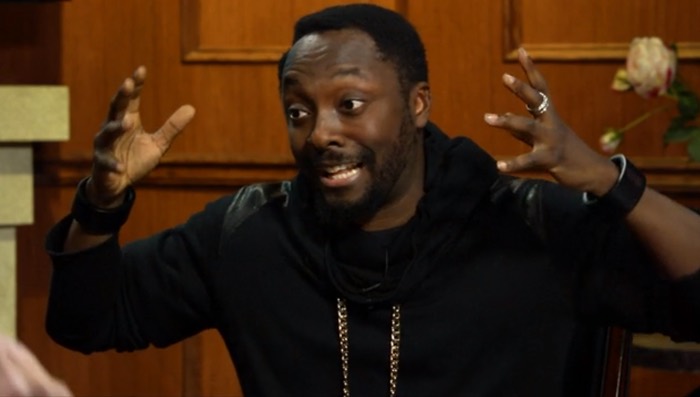 will.i.am: The business of music, the industry, still operates as if we’re making hard goods.  When the way we consume music is, ‘did you hear that new song check it out,’ then you go to Google, you just go to YouTube.

King: We had three very successful musicians, from three generations on the show.  Joe Perry of Aerosmith, Melissa Etheridge and T-Pain… all of them said the music industry is not in a good place.

Before you used to listen to music in your room, or drive, and that was your mindshare.  So in the world of mindshare, how does music compare with Instagram, where you are refreshing every five minutes?  The average amount of time that someone spends looking at their phone is about six hours a day.  That’s a lot of mindshare.

So how much of that is associated with music?  So, as an industry, what are we doing to compete?  We don’t even have our own platform, we borrow everyone else’s.

So what we accomplished with Beats is what the record industry hadn’t done, I don’t know, ever.

King: Beats was your idea.

will.i.am: No, no.  It was my idea to do hardware, I told Jimmy [Iovine] that we should do hardware.  Beats was Jimmy’s idea with Dre and he brought me on board to be a part of the company.  Actually, the first time I ever — I think the first time that Beats was shown on television was the interview that we did, with Maya Angelou in 2008, I had Beats on my head, on my neck.

will.i.am: Yeah, those were prototypes.