15 Reasons Why You Should Never, Ever Buy a Streaming Service… 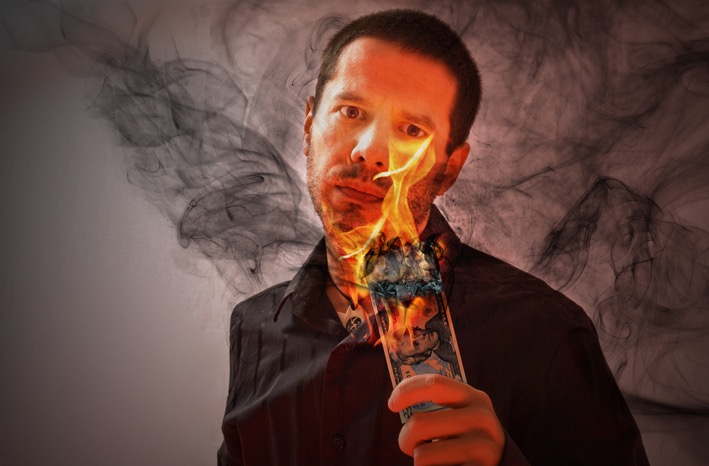 Jay-Z is about to buy Aspiro AB, a company that owns the relatively unknown WiMP and TIDAL streaming services, for $56 million. Here’s why that’s the worst idea in the world:

(1) Spotify Will Easily Outspend You.

Spotify can’t make a profit, and may never figure out how to make a profit.  But you will die while they are trying.

What’s bigger than Spotify?  YouTube, which is easily the biggest music streaming platform in the world (and it’s entirely free).  Not only that, YouTube has every music video in the world, all completely shareable, and almost all assembled in smart playlists.

They’re pushing Spotify into a corner, which means they’re already destroying your chances of survival.

Jay-Z, please listen.  YouTube is now pushing a premium streaming component, called Music Key.  They’ll work out their public relations problems, and they’ll spend just as much as Spotify to get paying subscribers, if not more.

Will Music Key be a piece of crap?  It’s Google, so probably.  But this will be a really giant piece of crap that will push your service(s) further to the fringe, just because they have the money and mindshare to do that.  You will die on a hill called ‘Audio Quality’.

Apple just blew $3 billion on Beats.  They desperately need a streaming service to compete with Spotify, and Beats Music has hardly any subscribers in comparison.  They are years behind, but they also have an arsenal of tens of billions of dollars to catch up.

You really want to dance with these elephants?

If you’ve never heard of Deezer, then know this: Deezer has 5 million paying subscribers, and they’re in more countries than any other streaming service.  As of right now, they are present in nearly 200 countries, and they’re still considered an also-ran against Spotify, YouTube, and Apple (Beats).

Not only that, they’ve already spoken with or secured deals with most of the major telecommunications carriers in the world, as have…

That’s right: streaming music is completely over-populated, totally saturated, and devoid of profits.  And that includes some of the largest companies in the world.  Sony just gave up and handed their platform to Spotify; Samsung is struggling to get something started; and some other mega-company is trying to figure out a way in as we speak.

Even Saavn has 11 million users in India!  (But you’ve never heard of them).

Does the world need another streaming service?

(7) Nobody cares about streaming fidelity.

People might say they care about sound quality.  But the reality is that most do not, even if they own a pair of Beats headphones.  Case in point: YouTube has crappy audio quality, yet its the largest streaming music service in the world (and quite possibly, the largest source of music listening overall).

Which means that asking people to pay $20 a month for TIDAL (Aspiro’s higher-quality streaming product) is a play for a small niche.

Sure, there are audiophiles out there who buy Sonos players,  high-end speaker cables, and have a lot of money.  But that’s a very, very limited audience.

(8) Your competition is already gaining on fidelity.

If you think TIDAL has a competitive advantage right now, then understand this: fidelity ‘advantage’ will probably vanish within 2-3 years.  The reason is that major players like Spotify are already rolling out fidelity improvements, when it makes sense to do so.

And eventually, bigger bandwidth, better mobile connectivity, and bigger local storage will make higher-quality listening a reality.  And the average user won’t even notice the improvement (and they definitely won’t pay $20 for something that sounds the same).

In some ways, Norway and Sweden are first-movers; in other ways, they are false indicators of market trends.  These are relatively tiny countries where some degree of financial success and control can be accomplished.  Other, larger countries like the United States are far more competitive, far more chaotic, and don’t behave in the same way.

(10) Your IPO Prospects are Very Uncertain.

If Spotify has an incredible IPO – which is doubtful – then maybe you’ve got a shot at taking this public.  But Wall Street is already extremely skeptical of Spotify, especially after what happened with Pandora.   Streaming services are financial sinkholes, and financial types already got the memo (even if it’s signed by Goldman).

(11) The Acquisition Market Is Very Limited.

Beats sold for $3 billion, but that’s because (a) Steve Jobs wasn’t alive to veto it, (b) it was attached to a successful headphones company, and (c) Apple has $3 billion to play with.  This isn’t a mistake that happens very often, and the more this goes on, the more obvious this will be to prospective buyers.

(12) Major Labels Will Control You (and your company finances)

What’s the first thing that major labels do when they see a streaming service coming?  They bend it over.  That is, they demand massive percentage stakes in exchange for licensing, and they have the power to change those percentages every year.

Not only that, they can decide to change their royalty payouts at any point.  All of which means, they control your profit margin, not you.  And if you fail, that’s basically your problem, not theirs, especially if they negotiated upfront advances.

(13) Artists Don’t Like Streaming Services and Will Resent You.

Most  artists hate streaming services because of the dismal payouts (if they get paid anything at all), the complete lack of control over their catalog, and their inability to enjoy in the biggest successes (acquisition, IPO, whatever).

But they’re also stuck.  Taylor Swift pulled out of Spotify because she could; everyone else knows that if they jump ship on streaming services, they’re dramatically increasing their chances of obscurity.  And obscurity equals certain death for any musician.

Is that an environment you want to be a part of?

(14) Superstars Will Demand Big Payments from You.

Some artists will join WiMP or TIDAL because you, Jay-Z, are the owner.  Most others will look over the situation, tell you ‘f–k you, pay me,’ and leave if you don’t.  And when they leave, you can have fun streaming those artists on YouTube.

Neil Young has raised more than $10 million for Pono.  But that’s because he’s a charismatic celebrity, not because Pono has a business model (or that people genuinely care about music quality).   And no celebrity is going to make people buy expensive, high-fidelity downloads.

Image by B Rosen, licensed under Creative Commons Attribution-NoDerivs 2.0 Generic (CC BY-ND 2.0).  Written while listening to Chopin (on YouTube).