What Do Daft Punk, Arcade Fire, Jason Aldean, and Rihanna Have in Common? They Own Tidal 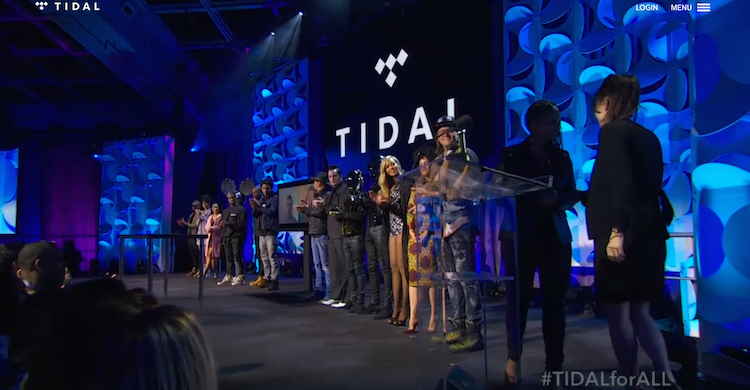 Artist control was the number one reason behind this collective purchase of a streaming system. These superstar artists are pissed that tech companies have control, they want the power back in their own hands.

This tells us that high profile artists will likely get a decent revenue share, but what about the smaller artists? Who knows… Tidal’s royalty payments might not be transparent at all.

Jay Z and Daft Punk  stressed that artists aren’t just a product for tech companies, saying this is what the industry has been waiting for. It’s true, we have been waiting for something like this, even the major labels are getting sick of free streaming services — and they own part of them!

All of Tidal’s co-owners are passionate about music, and they’ve worked their butts off to make it in the industry. But will they remember the little guys now that they have their own shiny new streaming service?

The launch event took shots at both Spotify and Apple/Beats Music. Jay Z blasted services that focus on selling hardware. Radiohead played on the speakers as these celebrities signed some kind of Tidal Bill of Rights. Tidal also made sure to secure Taylor Swift‘s catalog before the event. Will these artists resist the urge to cash in like Beats Music did?

The only other detail that was revealed about the service is that Tidal has entered a partnership with Sprint.