Jukley Raises Another $8 Million for Their Concert Subscription Service 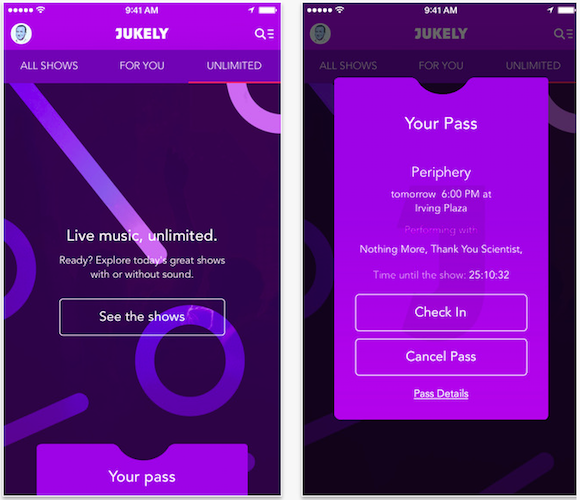 Jukely was originally just a concert recommendation app, then they added Jukely Unlimited. With Unlimited, users can see an unlimited number of concerts in select cities for a monthly fee. The fee is $25 per month for one ticket at a time, and $45 a month for an extra ticket for friends.

Jukely raised $2.4 million at the end of 2014, the same time that the Unlimited program launched.

Jukely has raised an additional $8 million in a “seed extension round”. The round was led by Northzone and 14W. Larry Marcus, Hany Nada, Lyor Cohen, Maiden Lane, and GroupMe founders Steve Martocci and Jared Hecht also participated in the round. This puts the company’s total funding at $11.3 million.

The company will use the money to hire more people and expand to more cities. The service is currently available in New York, Los Angeles, San Francisco, Austin, Chicago, Miami, Toronto, Seattle, Philadelphia, and Denver.