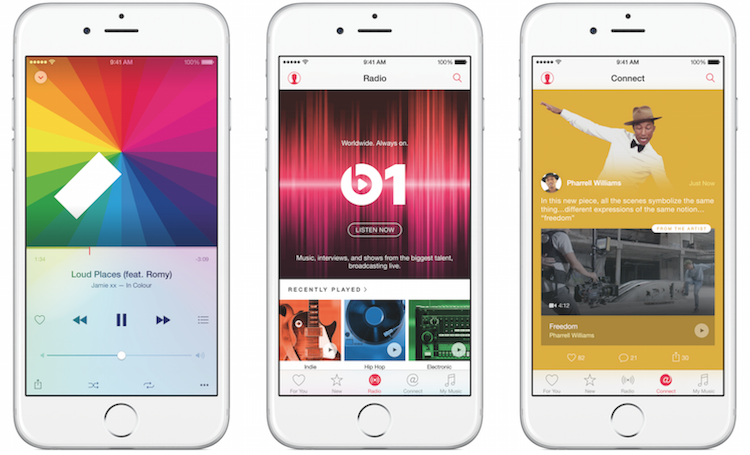 Apple Music has finally been revealed at the latest Worldwide Developers conference.

The new service lets subscribers stream any song from the iTunes catalog. Apple Music will also feature curated playlists and radio stations. Users will also be able to ask Siri to play songs based on artist, year, and more.

The name is incredibly similar to “BBC Radio 1”. Unsurprising, since Apple poached Zane Lowe from the BBC.

“Online music has become a complicated mess of apps, services and websites. Apple Music brings the best features together for an experience every music lover will appreciate.”

Honestly, it seems like Apple Music Connect is just going to add more clutter to the mix…

Apple Music will launch on June 30th for Mac, iOS, and PC. In the fall it will also launch on Apple TV and Android. After a free, three-month trial, the service will cost $9.99 a month for individuals, or $14.99 for families.