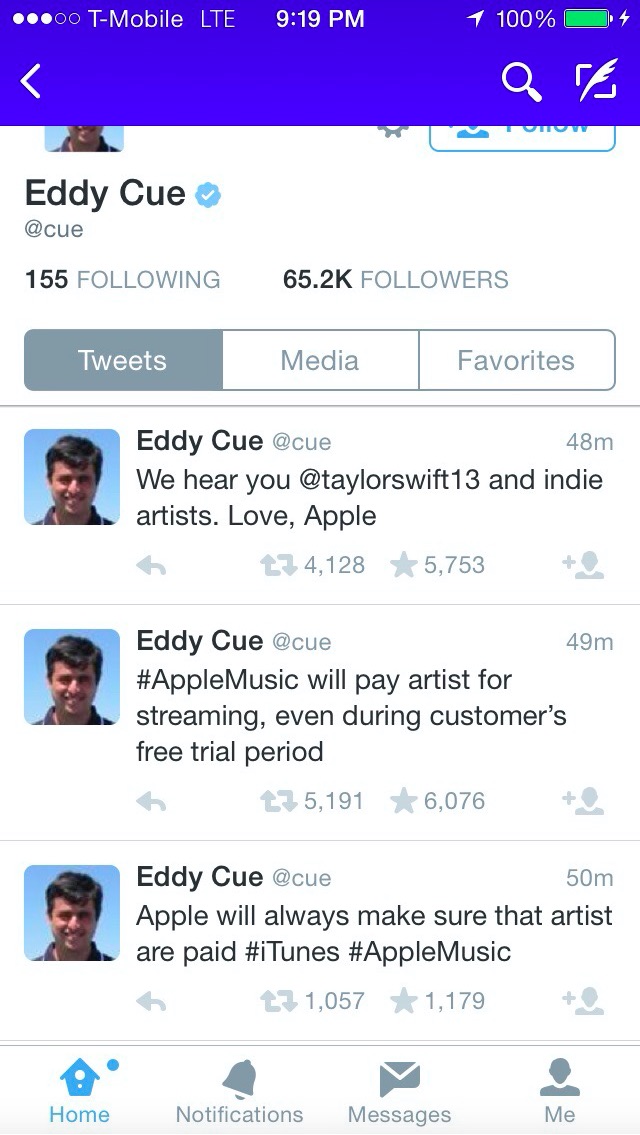 It started with a leaked contract on DMN, and culminated with a high-profile pullout from Taylor Swift.  Now, the biggest corporation in the world caving…