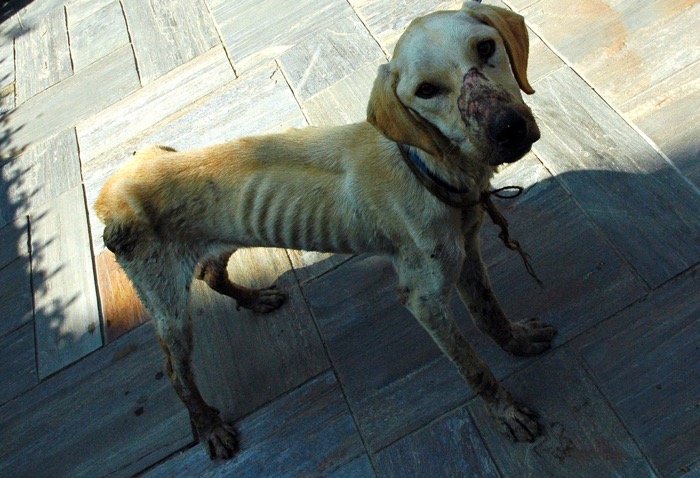 Artists aren’t sometimes getting screwed in the digital era.  According to the latest research, they are systematically and routinely missing as much as half of their royalties on an ongoing basis.  “Unfortunately, the adage ‘follow the money’ leads only to a dense thicket of micropayments and ‘black boxes’ where relationships among rights, royalties, processes, and participants, in the eyes of many, are deliberately obscured or, at best, have become hopelessly complex and outdated,” notes a just-released report from Rethink Music, an initiative of Berklee’s Institute for Creative Entrepreneurship.  “Payable events—performances, recordings, publications—occur, but the resulting payments that trickle back to recording artists, writers, and producers are based on a series of outdated frameworks, technologies, formulas, and methods that are demonstrably unable to keep pace with the state of music creation and consumption today.”

“It is estimated that anywhere from 20-50 percent of music payments don’t make it to their rightful owners.”

But that’s only the amount that’s supposed to be paid.  The report, Fair Music: Transparency and Money Flows in the Music Industry, pointed to a giant pile of money that is intentionally squirreled away in private deals, all of which are legal.  That would explain why Sony Music pressured The Verge to pulldown its contract with Spotify, that is, before it went completely viral.  “As a result of the many unique, and often legally private, financial relationships that exist between artists, authors, record labels, and publishers, our window into the revenue earned by musicians from their compositions, performances, and recordings is obscured,” the report continues.

“While that portion of the global recorded music sales, subscriptions, and synchronization fees that might be initially attributable as recording artist “revenue” could be as much as $3 billion (using an admittedly rough method for approximation), of the $15 billion in global, recorded music revenue reported by the IFPI for 2014, only a small portion of this money beyond the initial recording advances paid ultimately makes its way to the artist as ongoing revenue.” 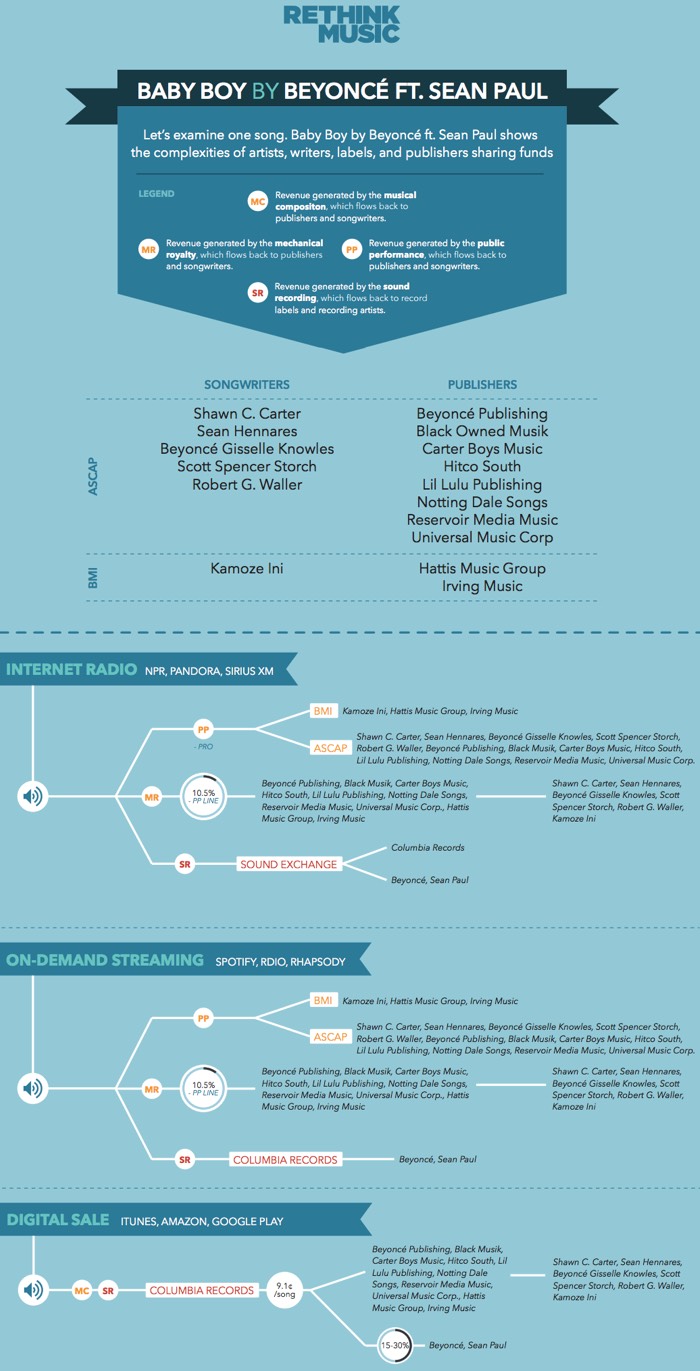 This is a rathole that gets dirtier the further you go down.  While Rethink pulled some punches on notoriously shady groups like SoundExchange, they also pointed to an institutionalized system of complicated dysfunction.  “Along with the emergence of digital services and issues surrounding their business models have come numerous worthy questions about the transparency of payouts,” the report continues.   “In a world where data is readily available and micro-payments can be tracked, accountability should be a foregone conclusion. However, the industry has yet to require services and intermediaries to provide complete, readable, up-to-date data about music sales and uses in a standard format adopted throughout the value chain.”

“Perhaps this is because the current lack of transparency appears to benefit middlemen, but creators, consumers, and others in the music industry value chain should no longer passively accept this.”

The Rethink report can be downloaded here.