Major Labels Sued for Cheating Artists Out of Pension Funds 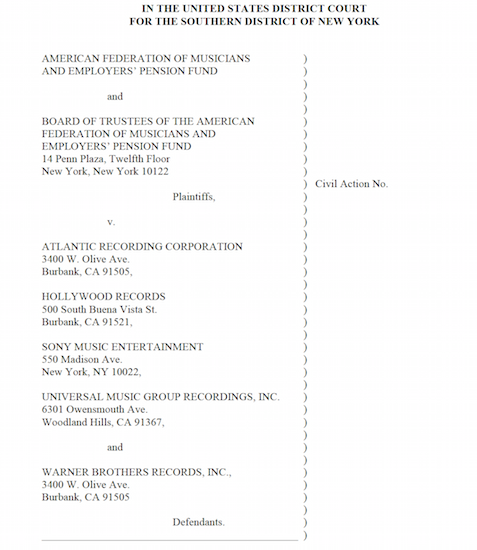 The major labels have been accused of cheating musicians out of money that should have been put into a pension plan.

AFM says that the majors made an agreement in the mid 1990s to pay .05 percent of receipts for digital transmissions.  This agreement was renegotiated multiple times, most recently in 2012.

In 2014, independent auditors found evidence that the major labels weren’t paying what they agreed to pay.  AFM is asking for the missing pension money, late fees, interest, and legal fees.