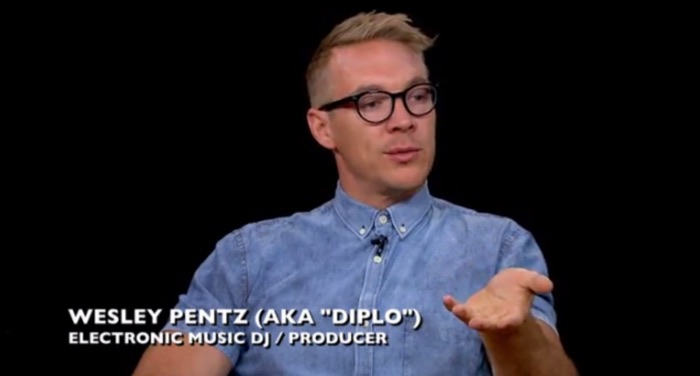 …from an interview with Charlie Rose, which also featured Sonny Moore (aka Skrillex).

Charlie Rose: Let’s look at this clip with [Spotify CEO] Daniel Ek, here it is.

Daniel Ek clip (from 5/1/2014): What I hope is that we can take this technological shift and move it from just being about listening to music to being about how we create music.  When you think about the internet, the internet is not just audio, it’s audio, it’s visual, and it’s interactive. What’s the future of music going to be if the format isn’t just about the actual sound itself anymore, if it’s about the sound that’s the visual, and perhaps it might even be the interactive part.

Charlie Rose: — would you agree with him, is the point? In essence he said the same thing you guys agree with.

Skrillex: — yeah, for sure, I think inevitably it’s all coming together —

Diplo: — for us, the one thing that helped lead us to be more successful this year, is a lot of the guys that are older that battle streaming services, that battle distribution systems, we instead embrace it, 100%.  We’d rather people listen to our music than try to make every cent we can make off of it.

It’s more important for us to get our music heard than to grab every penny we can get. 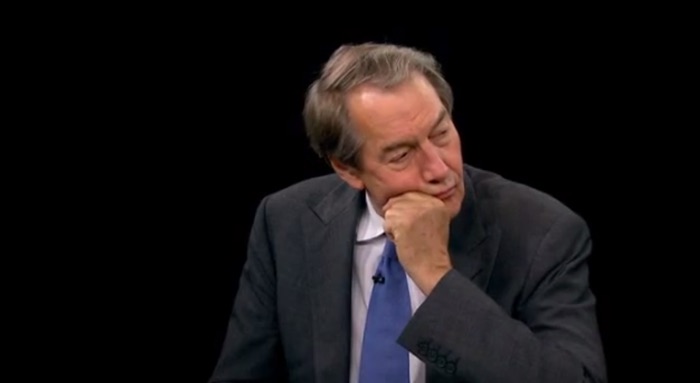 So those people that — but this is my philosophy, I’m not telling anyone else they have to do it that way but — you know, people go to Spotify and subscribe, that’s how they get their music.  And that’s a whole group of people, and if you take it away from them you’re alienating a group of people that’s never going to see your music.  And they’re not going to change.

A lot of times they’re not going to buy a CD just because you took yourself off of Spotify.

Charlie Rose: Does it also mean that people who might not have had a chance of making a record now have access to getting their music heard?

Charlie Rose: But today — is that true today, do you think?

Diplo: Yeah, when I first had a cassette tape, I was immediately recording stuff illegally off the radio, it’s always been in the favor of the audience to make it easier for them, and it’s not going to get any easier for the artist.  We’re actually — the more you fight it the more you’re wasting your time, because the audience is going to find easier and easier ways to find the music, and it’s not — you can’t stop that, you know?

Rose: And the easier you make it for the audience to find it, the better off you’re going to be. That’s what you’re saying.

Diplo: —that’s why we’re doing it here today, we’ve always rode that wave, you know, and if we had fought it we’d still be in our studios complaining. 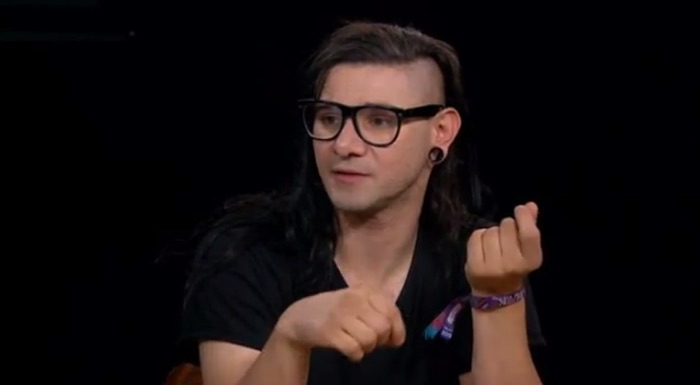 Skrillex: The one thing I am kind of bummed about, is like recently all the major labels – and we distribute through majors because we — they all took — made it so all the full songs on SoundCloud are being taken down and limited to clips, and shorter previews.  And it’s like at the end of the day, those kids on SoundCloud — they’re actually — we’re some of the biggest people on SoundCloud with the most followers, and that’s a huge asset to our overall business of how people listen to our music.

And there’s kids that only go on SoundCloud and will never buy at iTunes and even never go to Spotify, and that’s how they listen to music.  And what that does is it eliminates a huge asset and is cutting off our music to an audience that could potentially come to our shows and be fans.

So there’s definitely a lot of controversy in all these things, but I almost wish that it was up to the person that owns the art, the way they want it to be heard.