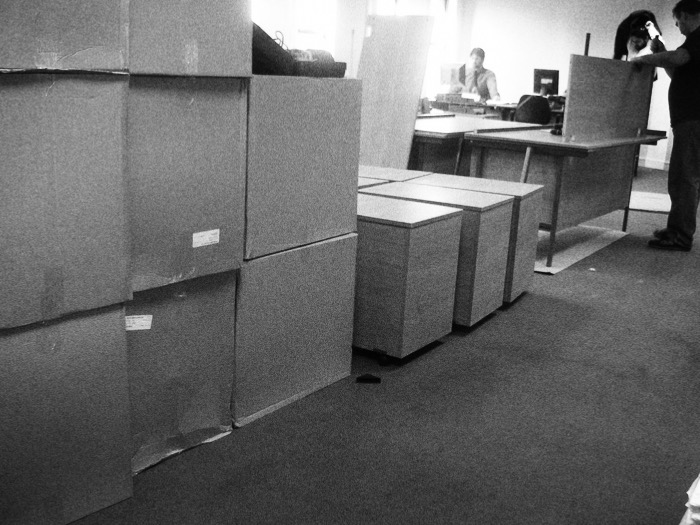 “They are going to force me to drop artists and lay off staff.”

Last month, Spotify started removing bands like Hawthorne Heights, Thursday, and Streetlight Manifesto, thanks to a royalty dispute with Chicago-based label Victory Records.  Now, Victory employees may start losing their jobs as a result, according to label founder Tony Brummel.  “Spotify is over 70 percent of our monthly digital sales,” Brummel wrote in an email to multiple recipients, one subsequently published by the International Business Times.

“They are going to force me to drop artists and lay off staff.”

In the correspondence, Brummel noted that Spotify also owes several months of back-payments, with an uncertain payout schedule.  “Sorry to curse but in a few months — I am fucked,” Brummel continued.

The standoff is focused on mechanical royalties, which Victory claims aren’t being paid properly.  The label compared estimates from royalty-tracking partner Audiam with those provided by Spotify, and launched the dispute after discovering significant discrepancies.

“I begged them to leave our catalog up.”

Spotify bit back, and proactively pulled Victory’s catalog while claiming they weren’t informed on who to pay.  That obviously slammed Victory’s Spotify earnings to zero, but also likely eliminated the play counts and playlist slots for Victory Records artists.  “I never instigated anything with them. I begged them to leave our catalog up,” Brummel told Digital Music News in a subsequent email exchange.

“The record business is not always an easy one but I have never dealt with or seen a company behave in this manner.”

Brummel also dialed back the layoff talk, calling it ‘rhetoric’ while pointing to a financial impact that is anything-but rhetorical.  “Spotify represents 32% of our digital income YTD,” Brummel shared.  “So, yes, we are being impacted by their actions. But, we will find a way to keep moving forward like we always do.”