Spotify Per-User Royalties Have Dropped 35% Since 2013 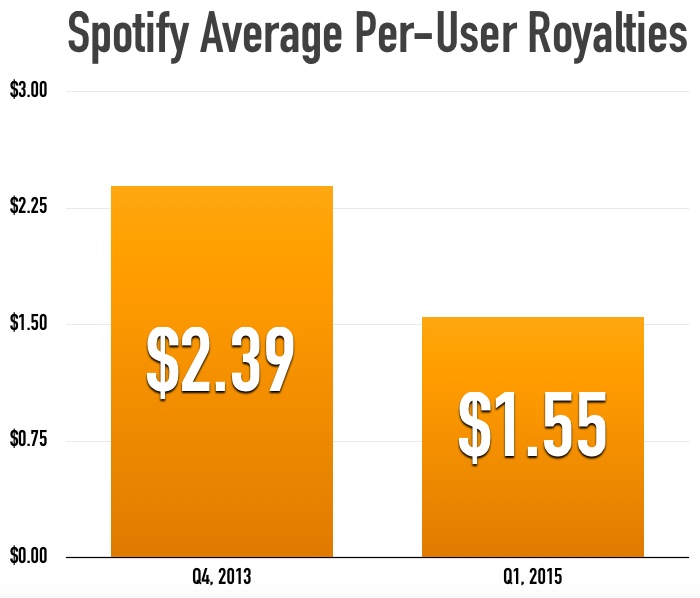 That’s according to music industry researcher David Touve, Assistant Professor and Director of the Galant Center for Entrepreneurship at the University of Virginia.  Touve posted the intial finding ahead of the Thanksgiving holiday, with more backing details coming in the following days.