The Difference Between TV Streaming and Music Streaming 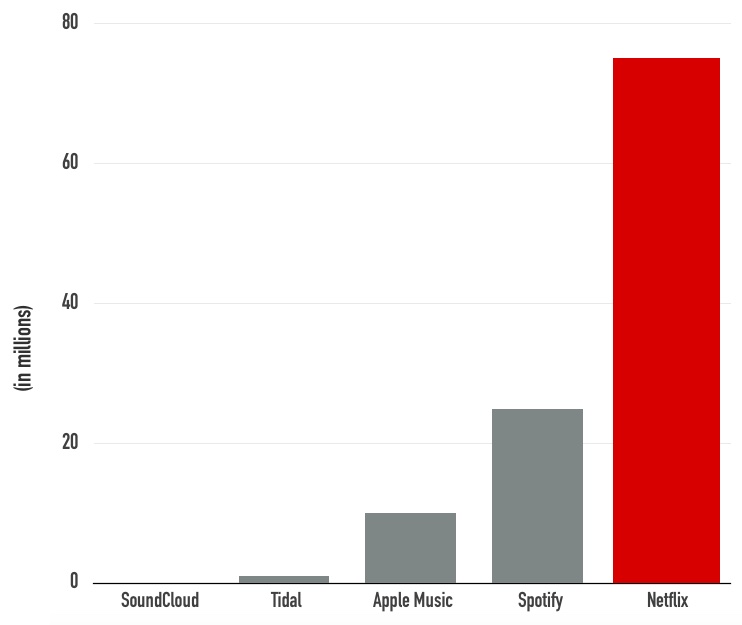 (1) SoundCloud most recently announced plans to start a paid subscription service in the future, but currently has no paying users.

(4) Spotify announced its 20 millionth subscriber in mid-2015, and has not updated that figure since.  Separately, a Spotify executive predicted 100 million total users during the first quarter of 100 million, which offers a reasonable estimate of roughly 25 million paying users (with more bullish estimates towards 30 million).