What’s Next for Pandora? 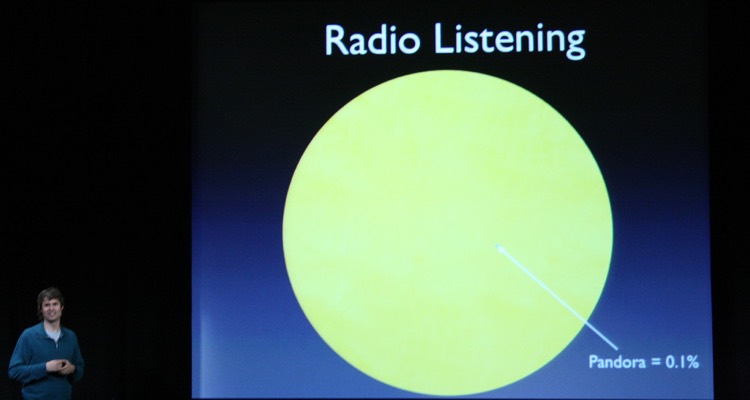 On Monday, Pandora’s CEO exited the company amidst a broader shake-up.  Where will founder Tim Westergren take his company next?

Pandora has been making bold moves to progress its business model and compete more successfully in the music streaming market.  But despite aggressive efforts, internal tensions and investor angst are clouding the long-term vision.

On Monday, Pandora has announced some serious executive changes across the company.  As part of a major shuffle, president and CEO Brian McAndrews departed the company, with founder Tim Westergren stepping up to take his place.  But that was the latest in a string of shuffles: Jim Feuille has now assumed the role of Chairman, Mike Herring was named President and Chief Financial Officer, Sara Clemens moved to Chief Operating Officer, and Chris Phillips was elevated to Chief Product Officer.

In a formal statement, Pandora noted that the changes would ”accelerate the company’s growth strategy,” though perhaps Andrews was stepping too hard on the accelerator.  Regardless, a stability-loving Wall Street reacted poorly: after news of the changes broke out, Pandora shares sharply decreased in value, plummeting 9%.

Since the uprise of music streaming platforms, Pandora has been experiencing increasing competition from the likes of Spotify, Apple Music and Tidal.  That pressure has forced Pandora to diversify its platform from a free, ad-supported music streaming service to a broader business concept with the recent inclusion of Ticketfly (cost $450 million) and the purchase of assets in Rdio ($75 million).

The purchase of Rdio and acquisition of Ticketfly was two expensive moves, and part of a broader vision to create a ‘full stack music service‘.  Pandora hopes that by moving into more of an on-demand platform with additional, diversified features, it will attract more subscribers and established a greater competitive position.  However, some are skeptical about Pandora’s ability to enter new markets, and worry whether these expensive payouts can ultimately be recouped.

In Q4 2015, Pandora recorded 81.1 million listeners, down from 81.5 million listeners in Q4 the previous year.  Although this is less than 1% decline, it still falls short of projections and raises the troubling possibility of a plateau.  The company also reported losses of $169 million during the period, thanks in part of aggressive stock-based compensation and substantial royalty pay-outs.

Then, there’s talk that Pandora is working with Morgan Stanley to meet with potential buyers.  The talks are preliminary and may not result in a deal, according to the New York Times, though a sale could nestle the company into a broader, more diversified music play.

So what’s next for Pandora?

Despite a massive executive shuffle, large-scale payouts, and a concerning dip in listener numbers, there are no definite reports of a sale.  On the bright side, Pandora also increased revenue year-on-year.

But the biggest bright spot could be Westergren himself, the original founder who’s no stranger to tight spots.  Indeed, before Pandora hit Wall Street, before the company even had funding, it was Westergren who kept Pandora alive on maxed out credit cards.  That gritty survivalism could be what it takes to get Pandora to an entirely new competitive position.