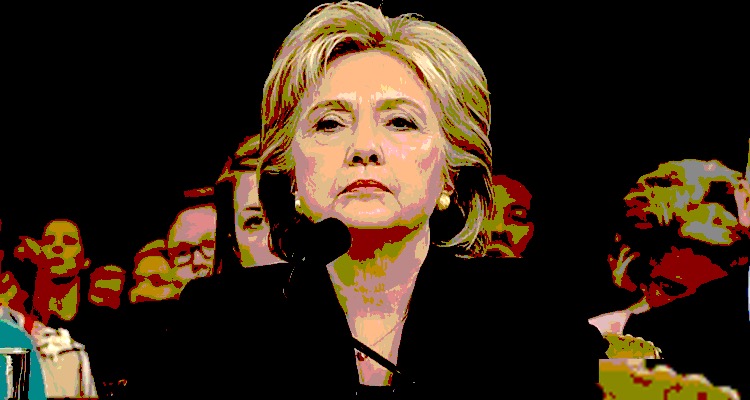 Over the weekend, Azealia Banks shocked fans by pledging her support for Donald Trump.  Now, the ‘Count Contessa’ rapper is blasting heavy vitriol at Hillary Clinton.

As part of a string of abusive tweets, Banks blasted the Democratic front-runner as a ‘racist’ and a ‘murderous butch queen,’ while blaming the Clintons for wrecking black communities in the 90s.

The last part of that tweet addresses a heavily pro-enforcement, ‘no tolerance’ 1994 Crime Bill passed under Bill Clinton’s presidency, with mandatory, long-term incarcerations disproportionately impacting black men.  The bill, a response to surging levels of violent crime and deteriorating urban blight, has become a new flashpoint in the Black Lives Matters movement.

The Twitter tirade is undoubtedly raw, though it may be unearthing some introspection within the black community.  For decades, Democrats have largely enjoyed the support of black communities, as well as other minority groups.  That includes the Clintons, with Bill receiving uncanny support among African-Americans.

Now, with serious questions of progress and a lingering stink of racism, the question is whether candidates like Clinton can continue to rely on that support.  Republicans, long considered the party of privileged whites, are also undergoing a major overhaul, thanks largely to Trump.  Perhaps one outcome is a greater split among black voters, long considered a unified group amongst political strategists.

Whether it’s fair to pin the blame on Clinton (and Democrats at large) is another question.  The ’94 Crime Bill was largely bi-partisan, with critical support coming from a number of high-profile black mayors.  It’s also been credited with helping to rejuvenate urban areas and reverse ‘white flight,’ though extreme sentences for relatively minor (often drug-related) offenses are rightfully a focus of reform.

Those nuances may be ebbing in 2016, where ugly questions of police brutality and racism against black people are now front-and-center.  “The 1994 crime has broken the black family unit apart,” Banks continued.  “Those effects are still crippling us.”