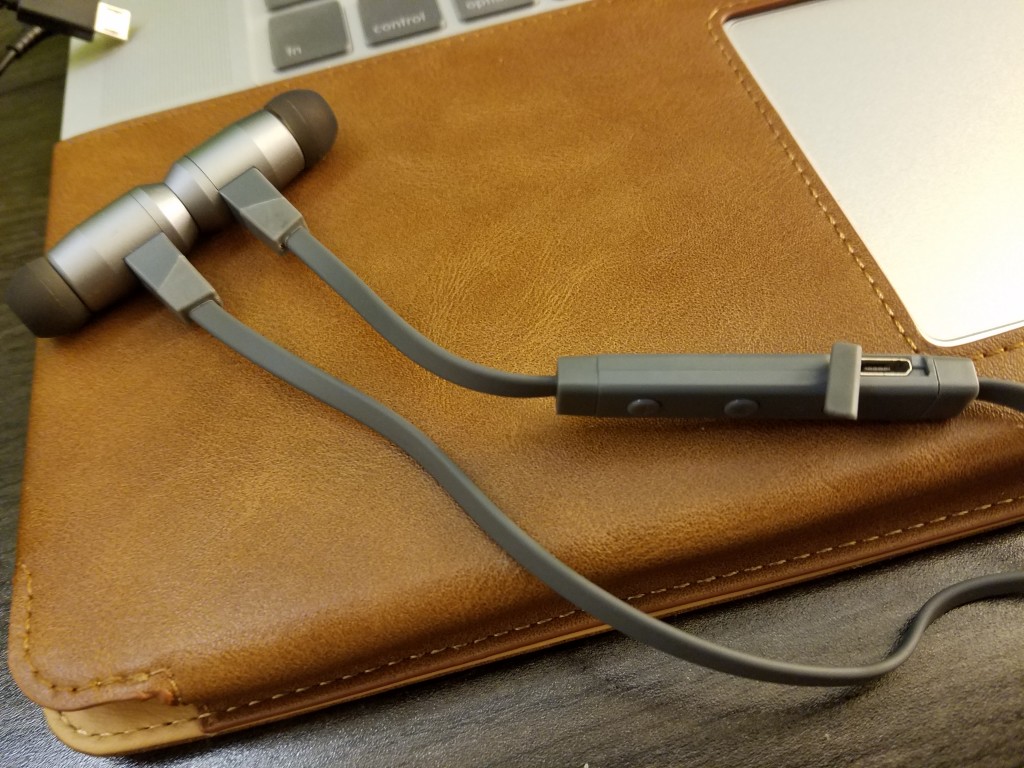 A representative of Optoma reached out to me and asked if I would be interested in reviewing their new Bluetooth in-ear headphones, the NuForce BE6i. I was given a free pair in exchange for a fair and honest review.

The headphones arrived quickly, within a couple days of speaking with the representative. I quickly charged them because I was eager to give them a try especially knowing that they use APTX and AAC as part of Bluetooth 4.0 standards, I knew these have the potential to deliver pretty good quality, even from sources like .flac files and Tidal HiFi streams. I was also eager to test them as work out headphones because they are water and shock resistant.

What you get in the box:
These headphones don’t skimp at all when it comes to included accessories. I really like the zippered case and bonus points for including two pairs of Comply foam ear-tips. 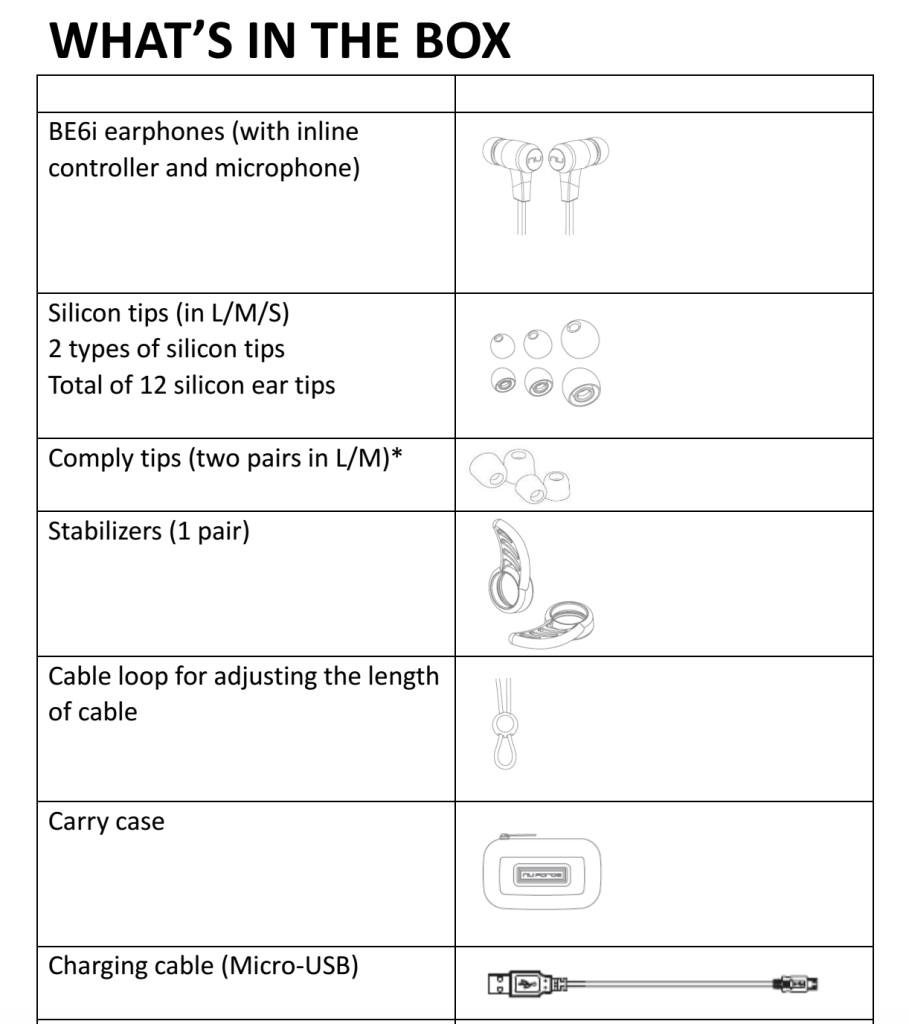 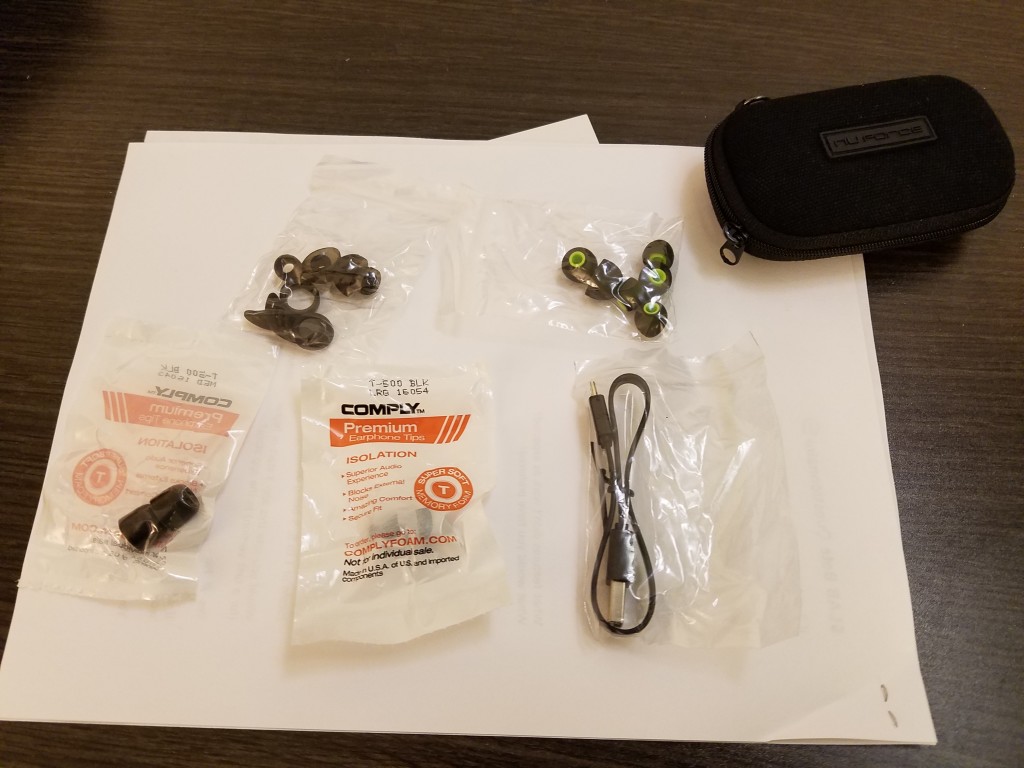 The Design:
The design on the Optoma NuForce BE6i is pretty solid in my opinion. They are not overly flashy and they seem to be more designed around utility than fashion (always a plus for me). They also have magnets in the back of each earbud so they can snap together easily for when you have them around your neck which I found convenient (pictured up top). They come in two color options, gold and graphite and both are made from a durable (albeit heavy compared to the also less durable plastic used by some manufacturers) aluminum. The cable connecting the earbuds is flat and the controls for volume and power rest on the cable that goes to the right ear. I wasn’t a big fan of the controls system but I also think that Optoma did the best they could with the available space since there is very little space to add controls unobtrusively. 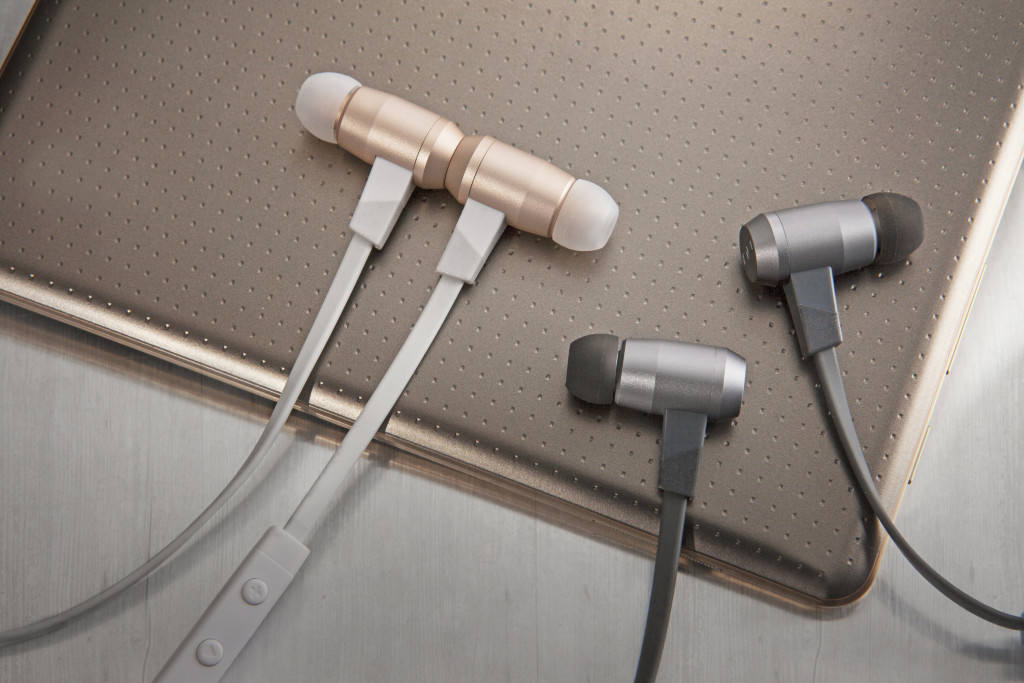 Sound Quality:
The sound quality is fine, I wasn’t expecting audiophile levels of quality here but I was still pleasantly surprised. They are definitely bass heavy but that’s not a bad thing to me in this scenario because of one thing: many people (myself included) like more low-end output when working out. It can make it easier to hear the beat and keep motivated especially when running. This could also be because I tend to listen to different music when I’m exercising from when I’m hanging out or more focused on the music itself.

Durability:
These headphones are durable as hell! I put them through some pretty aggressive tests while using them ranging from dropping them on concrete multiple times and taking a few steps on them to simulate ‘accidentally’ stepping on them if they fell off while running. I even wore them into the shower to test the water resistance since rain is not very common here in Santa Monica. At no point did they stop working so I have zero complaints in this category. 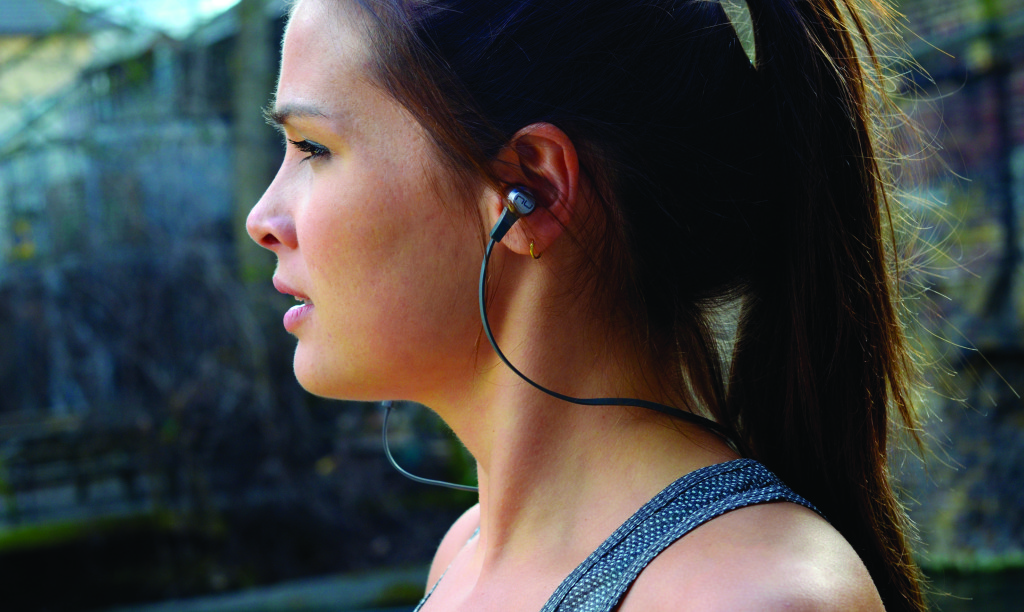 Let’s all thank the nice person for posing for the source Optoma while wearing these in a sporty fashion!

Additional Information:
The battery life is rated at about 8 hours but I got closer to 6.5 hours. This could be because I was also testing out the microphone and was using Tidal’s Hi-Fi quality for a majority of my music listening.
The call quality was only okay. I could tell that there was less of an emphasis on this compared to the other headsets and headphones with integrated headsets like the ones made by Plantronics. This could be because Plantronics has become established as a leader in headsets and have worked on utilizing technology to reduce things like wind noise. The NuForce pair did not work as well against wind noise (people I was speaking with did mention more that they heard wind and I was therefore inaudible) but the bigger problem was most likely the placement of the microphone. The microphone is in the same place as the headset controls which means it sits closer to the side/back of your neck or even shoulder.

Verdict:
If you want a pair of Bluetooth in-ear headphones and you want to use them for working out, I absolutely suggest this pair. Especially when paired with the Comply foam eartips, they stayed in my ears well and only required a few adjustments during especially long and impact heavy exercises. These could also be great for hiking and camping because of their water resistance.