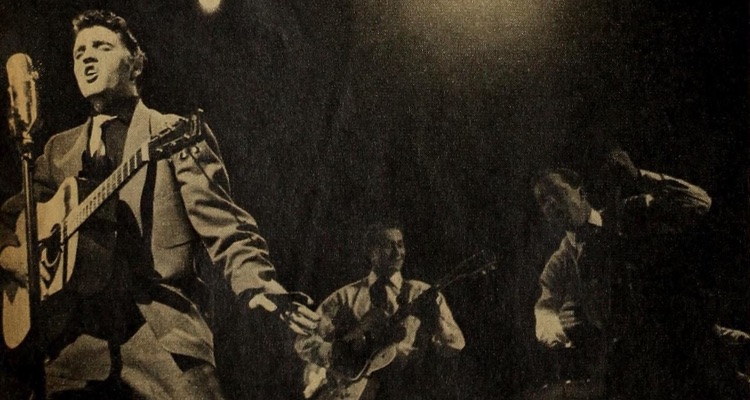 Elvis Presley’s guitarist has passed away at 84.

According to reports, Scotty Moore was in ill-health leading up to his death.  At present, no word on the actual cause of death.  Moore was born in Tennessee, and began playing the guitar at the young age of eight.  In 1954, Sam Phillips from Sun Records initiated a musical partnership with Elvis Presley, and they began recording Presley’s first single, ‘That’s All Right (Mama)’, along with Bill Black who played slap bass.

Moore, Black and drummer D.J. Fontana later formed a group named the Blue Moon Boys which played with Presley on several songs, including ‘Heartbreak Hotel,’ ‘Mystery Train,’ ‘Hound Dog,’ and several others.  As well as being present in numerous Presley’s songs, Moore also appeared in several of his movies, including Jailhouse Rock, King Creole, Loving You and G.I. Blues.

Not only did Moore work with Presley, but he also worked with other artists throughout his music career, like Ringo Starr, Jeff Beck, Ronnie Wood and many others.  For his contribution to the rock n’ roll era, Moore was awarded a spot in the Rock and Roll Hall of Fame in 2000.

Below are just a few responses to Moore’s death… 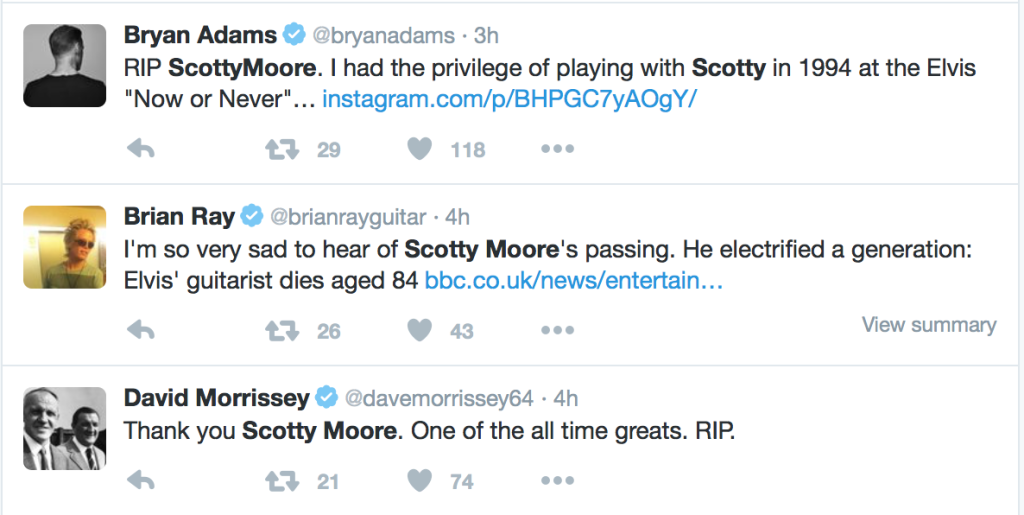