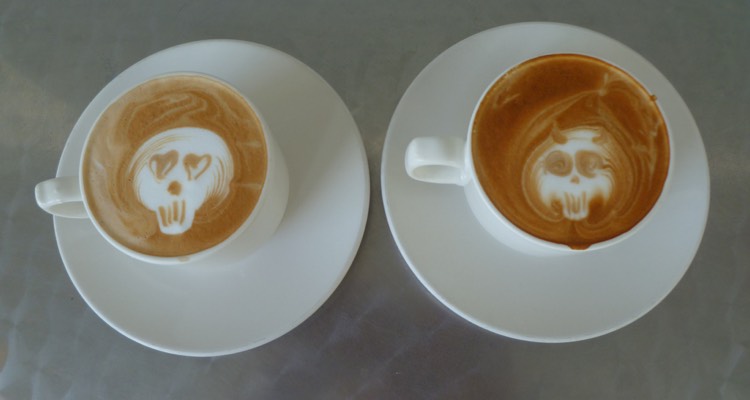 Drinking caffeine can dramatically affect the body’s ability to recover from hearing damage, according to a strange study just released.  Specifically, the study concluded that caffeine can seriously impair the body’s ability to recover from short-term hearing loss after extremely loud events (like loud concerts, firing guns, etc.)  Even worse, caffeine consumption can contribute to longer-term, permanent damage that would otherwise be repaired.

The finding, conducted by the Research Institute at the McGill University Health Centre, was recently published in the Journal of the American Medical Association.  It should be noted that this study involved guinea pigs, not humans, though researchers are planning to expand their testing to involve people in the future (and they think the findings will be corroborated by human results).

The research involved two groups of unfortunate guinea pigs, with both subjected to extremely loud noise for a prolonged burst (specifically to mimic a live show at 110 db).  The first group of lab animals were given lots of caffeine, the second group abstained.  “Our research confirmed that exposure to loud auditory stimuli coupled with daily consumption of 25 mg/kg of caffeine had a clear negative impact on hearing recovery,” says Dr. Faisal Zawawi, an otolaryngologist at the McGill Auditory Sciences Laboratory.

Here’s where this all gets serious.  According to Zawawi, a lot of hearing loss experienced at shows can be completely reversed, specifically within the first 72 hours.  But caffeine can retard that process, and make it more difficult or impossible to erase the damage.  “This disorder is usually reversible in the first 72 hours after the exposure but, if symptoms persist, the damage could become permanent,” Zawawi stated.

In this particular study, the guinea pigs were observed over a 15 day period.  After 8 days, the caffeine-free group had almost completely recovered from the hearing damage, while the caffeinated group was still suffering hearing degeneration across multiple frequencies.

Zawawi & Co. are now looking to expand to study, first to involve humans but also to study caffeine’s impact on damage recovery.  The findings could be critically important, given just how frequently people both (a) listen to music, (b) drink caffeine, and (c) have insane sex (just making sure you’re still paying attention).  But seriously, the number of people guzzling coffee after a long festival is probably really high, especially those facing long drives or trying to pull all-nighters after crashing on other substances.

So, people who drink caffeine + people who listen to loud music = a lot of people.  Given those facts, the results could stimulate a response from coffee mega-corporations like Starbucks, which has thrived by super-serving the most popular drug in world.    “Caffeine is the most widely used psychoactive substance in the world, with at least 80 percent of the adult population consuming caffeine in amounts large enough to have an effect on the brain,” the researchers relayed.

But how much is safe?  After a loud show, zero.  But according to the research, the maximum recommended daily intake of caffeine under normal circumstances is about 24 oz of brewed coffee (think three 8 oz (237 ml) cups), a mark that is often exceeded.  “Some caffeinated energy drinks, particularly popular with teenagers and young adults, contain more than 200 mg of caffeine,” the report relayed.

It should be noted that most of this discussion becomes moot with earplugs, which dramatically reduce the chances of hearing damage at shows.  Of course, without the initial hearing damage, there’s nothing that the body needs to repair (and therefore, no chance to retard that recovery process).  And just drinking caffeine on its own won’t create any hearing damage, only impair recovery from exiting damage according to the finding.

You should also wear a condom.