Mick Jagger: Asshole for Having a Child at 73? 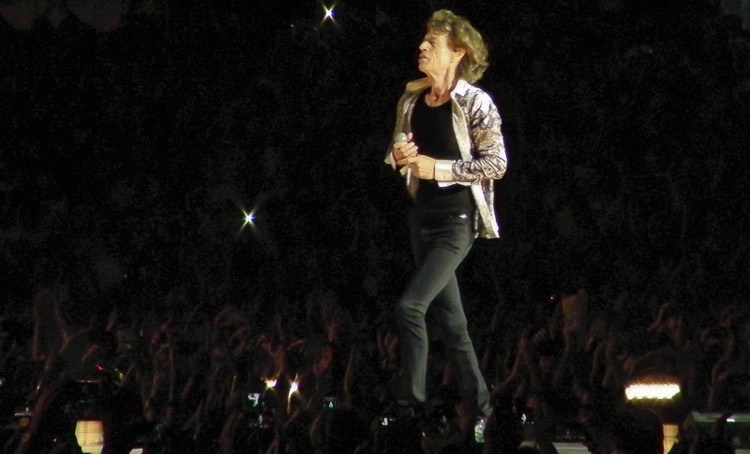 Mick Jagger is now having his 8th child, at 73 years of age. Is that cool?

Mick Jagger still has that swagger, and is putting other septuagenarians to shame.  Aside from actively touring the world, the Rolling Stones icon is also active on numerous projects.   That includes work as a producer on the recently launched HBO series, Vinyl, since canceled, and recent work on a James Brown biopic.

Jagger also has an active personal life, one that apparently includes an active sexual life as well.  Just this morning, news surfaced that Mick Jagger and his 29-year-old wife, Melanie Hamrick, are now expecting a child.  Jagger, already a great-grandfather, will be 73 years of age when his latest child is born.

But is that too old, or worse, fair to the child?

The 43 year gap between Jagger and Hamrick may attract some finger-wagging.  But let’s face it, that’s a union between two adults.  Say what you will about gender inequality, the excesses of fame, the massive generation gap.  Or, the allegedly impure motivations behind the marriage (on either side).  In the end, few progressively minded people will care.  In fact, a large percentage will actively defend the choice, because after all, it’s a choice.

But introduce a child into the mix, and the discussion changes entirely.  Keep in mind that this child will only develop a real, conscious father-son/daughter connection when Mick Jagger hits his late-70s.  When this child graduates high school, Jagger will be 91, if he makes it that far.  The question is whether that would deprive a person of a genuine parental relationship, and leave a trail of unnecessary psychological issues.

My father is about Jagger’s age right now, which means we’ve enjoyed decades together as active, healthy people.  That’s not the experience that this child will enjoy.  Indeed, more and more people are living past 100 these days, but it’s highly unlikely that this child will have a living relationship with Mick Jagger in his or her twenties, much less as a teenager.

And once a person tips past their mid-80s, a grab bag of potentially serious health issues can emerge.

All of which raises the question: is this an asshole move by Mick Jagger?

Aside from the massive age gulf, and the issues that can create, there are also potential health risks for the newborn.  These are issues that can’t be solved in a shrink’s office: Hamrick is 29, but the assumption that men can deliver perfect sperm until their deaths has now been debunked.  Several years ago, medical research started linking an increase in the number of neurological disorders like autism, schizophrenia, bipolar disorder and lower IQ to older dads.  In a recent article in the journal Nature, it was even alleged that older fathers could be the reason behind a surge in autism cases among newborns, with paternal age contributing to 30 percent of newer diagnoses.

Incidentally, one aspect that isn’t of concern here is the age of the mother: Hamrick isn’t a mom trying to have a child in her late-30s, 40s, or beyond.  That phenomenon, driven by a host of societal changes, also introduces a host of different health concerns.  In this scenario, they’re less of a factor.

And let’s not forget about the advantages that come from older parents.  Celebrity children carry their own, unique basket of complex issues, but older parents are typically more relaxed, more financially secure, and wiser.  They oftentimes have more free time, and are less stressed climbing the ladder (or touring the world).

All of that comes with advantages.  Theoretically, older parents can better steer their children without micro-managing or over-reacting.  And, all the while imparting a better sense of the big picture.  That includes prioritizing relationships over work, passion over money, experiences over material possession.

Maybe winning that soccer match at all costs is a silly, over-competitive approach, one fueled by younger testosterone instead of weathered worldliness.