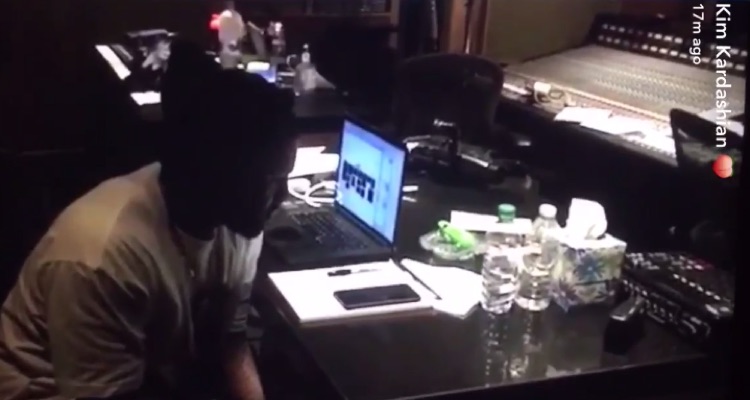 Was Taylor Swift in on it all along?

This entire controversy surrounds one lyric, rapped by Kanye West in ‘Famous’:

After ‘Famous’ was released earlier this year on Kanye’s The Life of Pablo album, Swift went on the offensive.  The singer claimed she was never contacted prior to its release, and criticized the lyric as misogynistic and mean-spirited.

Now, it appears that Swift was in on the whole thing, despite playing the victim card.  Late Sunday, Kim Kardashian posted a secretly recorded phone call between West and Swift, one in which Swift apparently approved the use of the infamous verse.  “Go with whatever line you think is better,” a voice sounding like Swift’s states after mulling the options. “It’s obviously very tongue in cheek either way.  And I really appreciate you telling me about it, that’s really nice.”

The clip was also posted on @TeamKanyeDaily, with a message against Swift: “Kanye called her, told her the lyrics, helped make her comfortable with it and then Taylor switched it all on him. Finally we have evidence.”

A follow-up tweet continues: “Some doubted and bashed Kanye while he told the truth over and over. Now everyone can see he never had negative intent.”

Swift subsequently fired back, noting that Kanye never played her the song or the offending lyric.  The recording seems to indicate approval of the ‘sex’ line, though critical follow-up on the actual track never occurred, according to Swift.  That includes the key phrase, ‘I made that bitch famous.'”

One follow-up question might be why West needed to contact Swift at all, or, why Swift’s publicist initially claimed that a totally different call was made.  “Kanye did not call for approval but to ask Taylor to release his single ‘Famous’ on her Twitter account,” Swift’s publicist blasted earlier this year.  “She declined and cautioned him about releasing a song with such a strong misogynistic message.  Taylor was never made aware of the actual lyric, ‘I made that bitch famous.’”

That sounds completely different from the tone of Swift on the call with Kanye, assuming that Swift’s voice was actually in the recording.  “I really appreciate it, the heads up is so nice,” Swift is apparently recorded as saying.

“Even asking or seeing if I would be okay with it and I really appreciate it.  I would never expect you to like tell me about a line in one of your songs.”

Here’s a complete transcript of the conversation:

Kanye West: “You still got the Nashville number?”

Taylor Swift: “I still have the Nashville area code, but I had to change it.”

West: “To all my southside n—s that know me best, I feel like me and Taylor might still have sex.”

West: “Oh well this I think this a really cool thing to have.”

West: “All I give a f–k about is you as a person and as a friend, so I want things that make you feel good. “

West: “I don’t want to do a rap that makes people feel bad.”

Swift: “Yeah, I mean, go with whatever line you think is better. It’s obviously very tongue in cheek either way. And I really appreciate you telling me about it, that’s really nice.”

West: “Oh yeah, I just had a responsibility to you as a friend you know, and I mean thanks for being so cool about it.”

Swift: “Aw thanks. Um yeah I really appreciate it, like the heads up is so nice.  Just even asking or seeing if I would be okay with it and I just really appreciate it. Like I would never expect you to like tell me about a line in one of your songs.”

West: “Yeah this is pretty crazy.”

West: “Relationships are more important than punch lines, you know what I mean?”

Swift: “I don’t think anyone would listen to that and be like that’s a real diss she must be crying. You’ve gotta tell the story the way that it happened to you and the way that you experienced it. You honestly didn’t know who I was before that. It doesn’t matter that I sold 7 million of that album before you did that which is what happened, you didn’t know who I was before that. It’s fine.”

Swift: “Really, I might be in debt, but I can make these things happen. I have the ideas to do it and I create these things and concepts. I’m always going to respect you. I’m really glad that you have the respect to call me and tell me that as a friend about the song. It’s a really cool thing to do and a really good show of friendship so thank you.”

Swift: “And you know, if people ask me about it I think it would be great for me to be like, ‘Look, he called me and told me the line before it came out. Jokes on you guys, We’re fine.’  You guys want to call this a feud; you want to call this throwing shade but right after the song comes out I’m going to be on a Grammys red carpet and they’re going to ask me about it and I’ll be like, ‘He called me.’ It’s awesome that you’re so outspoken about this and be like, ‘Yeah, she does. It made her famous.’ Its more provocative to say ‘might still have sex…’ It’s doesn’t matter to me. There’s not like one [line] that hurts my feelings and one that doesn’t.”