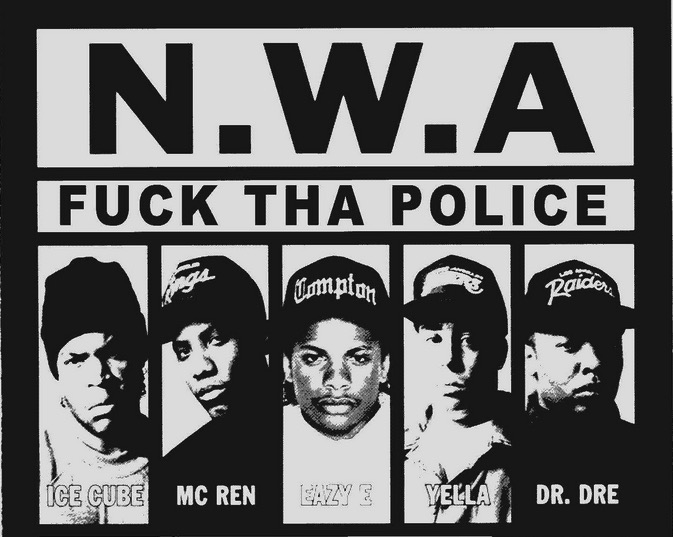 Ice Cube, one of the founding members of N.W.A, most recently performed the song on July 9th.

Ice Cube is now vowing to continue performing ‘F—k the Police,’ despite recent killings of law enforcement officers in Dallas, Baton Rouge, Michigan, and Kansas City.  The issue came up after Cube performed the song on July 9th at the Quebec City Summer Festival, just days after five police officers were killed by a sniper during a Dallas protest.

The rapper was ultimately confronted by a TMZ reporter while waiting for his bags at LAX International Airport. “‘F—k the Police’ is a legendary song,” the reporter said.  “Have you thought about maybe not performing it anymore?”

“You’ll continue to perform it?” the TMZ reporter continued.

When asked if he was being pressured to stop performing the song given recent killings of police officers, Ice Cube responded, “Pressure? Ain’t nobody said nothing to me.”

“I ain’t gonna change nothing I do,” he added, “because I ain’t do nothing wrong.”

The development comes as other rappers are demonstrating unity with law enforcement, most notably The Game and Snoop Dogg.  Taking things further, the duo recently hosted an anti-violence summit in Los Angeles on Sunday, with members of rival Crips, Bloods, and others invited to drop their weapons in the name of peace.  Earlier, the duo led a peaceful march to LAPD headquarters, where both discussed strategies for easing tensions with Los Angeles mayor Eric Garcetti and LAPD chief Charlie Beck.

Directly responding to the recent shooting deaths of five Dallas police officers, the Game urged collaborative, peaceful resolution to the violence. “This is why we’re here taking initiative, and trying to change it.”

Meanwhile, Ice Cube has been vocal about the recent killings of both Alton Sterling and Philando Castile on Twitter, protesting #TheWarOnUs and calling for more action by President Obama.  Cube has not, however, commented about the killings of multiple police officers in recent weeks.

Here’s more video of that interview with Ice Cube.