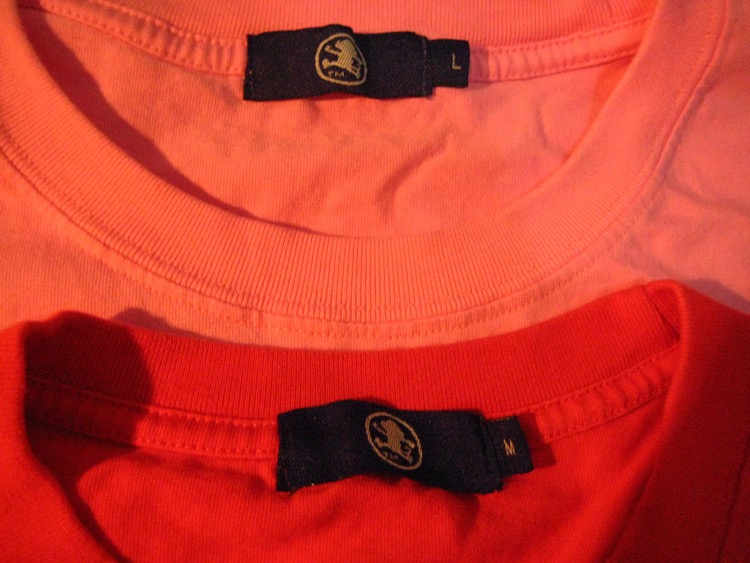 It’s not the design.  It’s not the price. It’s simple inventory that’s killing your t-shirt sales.

When it comes to selling merchandise, most bands make lots of bad decisions related to inventory.  And when it specifically comes to t-shirt sales, that means buying the wrong sizes, and therefore running out of sizes that fans want the most.  Unfortunately, most fans don’t come back to try again, either online or someplace else.  The impulse moment is gone.

This problem is difficult to quantify, but according to Dizzyjam, a company specialized in band merchandise, most bands simply guess before they start a tour.  “Sizing is probably the area where artists get it most wrong,” the company relayed.  “They make crude judgments about what sizes they should order (“I dunno, 20 of each!?”), and inevitably end up with a bunch that they just can’t shift.”

Dizzyjam started analyzing more than 15,000 t-shirt orders worldwide to see what sizes are selling the best.  They then created this simple breakdown of what sizes people buy, worldwide.  As you can see, it’s no accident that bands routinely run out of medium, while carrying tons of unsold XLs back home. 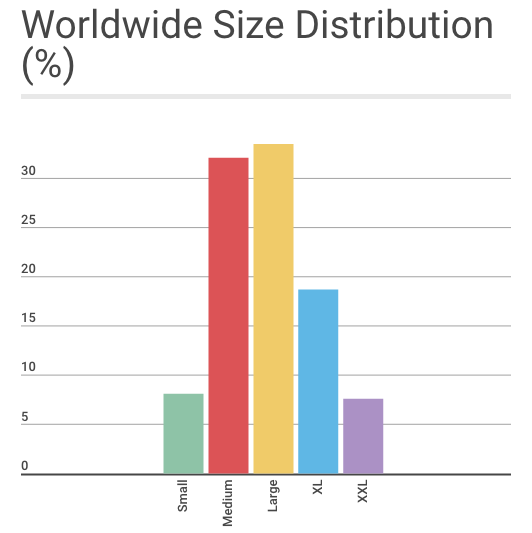 Beyond that, you can start to construct far better estimates to maximize your sales.  Here’s a breakdown of typical sales across North America and Europe, with some Japan data thrown in as well.

Now, American bands, or any band touring the US must be prepared for bigger folk.  Which means a lot more XLs, either out of necessity (big person) or fashion (baggy look).

Country by country
Create your own infographics

There also may be some some regional differences in the US to watch out for.  Overall, just be prepared to sell a lot more XLs, with some states definitely bigger than others.

The prize for getting this right, or at least better than guesswork, is real money.  According to Dizzyjam’s calculations, selling just 20 extra t-shirts at a $10 margin yields a quick $200 extra touring income.  Expand that to 50 on a bigger tour, and suddenly the found money increases to $500 for about 20 minutes of fine-tuning.