I’m Donald Trump. And I Endorse Slim Shady for President of the United States. 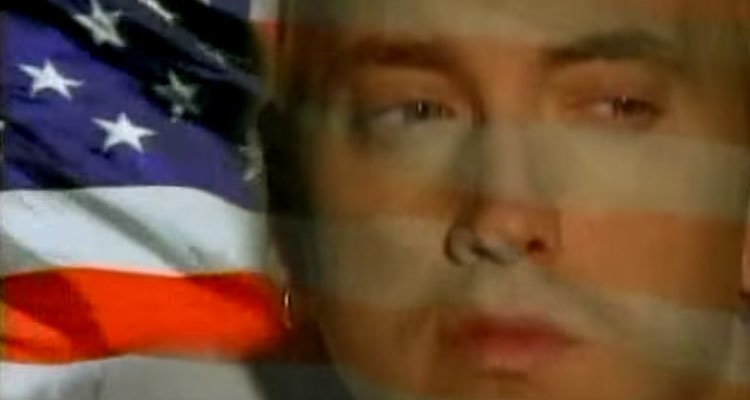 Few people at this fake convention in 2004 could have imagined the real Donald Trump candidacy of 2016.

This is circa 2004, when the Donald was named ‘Joint Chiefs of Cash’ in a faux presidential campaign for Slim Shady.  That is, for the presidency of the United States of ‘Emerica’.  Actually, the ‘campaign’ boiled down to a one hour convention-in-a-studio, with glowing, tongue-in-cheek profile of the presidential hopeful, Eminem, telling voters, ‘f*&k you’.

What ensued was a tight race, with Donald Trump’s endorsement having a profound impact on… the record sales of Eminem (and, P2P downloads, given the era).  In the speech, the Donald offers some shades of his current campaign, though back then, it was all in jest (mostly):  “Of course I’m right,” Donald Trump, clad in a pink shirt and matching tie, told assembled supporters.

Here’s the clip from the Donald’s heavy endorsement speech, followed by an important message from Eminem itself.

Back in 2004, the real presidential race pitted George W. Bush against John Kerry, who quickly found himself ‘Swift-boated’ into the loser column.  Incidentally, 2004 was one of the years that Trump considered making a run, with 1988, 2000 and 2012 also under serious consideration.