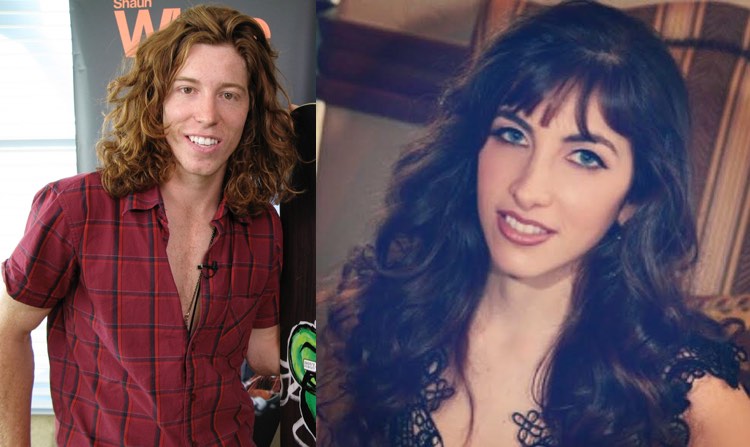 Updated: Since the publication of this story, Lena Zawaideh and Shaun White reportedly reached an undisclosed settlement.

Superstar Olympian snowboarder and skateboarder Shaun White is now facing a potentially serious legal case against the ex-drummer of his band, the Bad Things.  The case was filed by Bohm Law Group, Inc. on behalf of Lena Zawaideh, who played in the group for several years.

During the multi-year period, the two-time Gold medalist White is accused of being a lewd and sexually aggressive band leader, with the following laundry list of offenses cited in the recent filing:

Sending sexually explicit and graphic images to Zawaideh of engorged and erect penises.

Making vulgar sexual remarks to Zawaideh such as, “Don’t forget to suck his balls!” when commenting about Zawaideh’s boyfriend.

It’s unclear what relationship the pair had during the period, though White may counter-argue that these actions were merely part of a sex-filled relationship between the pair.  In that counter-argument, things like ‘dick pics’ and lewd comments could be acceptable rules of the relationship, though issues involving California workplace violations will be sharply tested.

Outside of the sexual issues, lawyers for Lena Zawaideh also alleged that White refused to pay wages, forced the singer to cut her hair, while also demanding that she remove her lipstick.

“White also refused to pay her contractual wages throughout 2014, and used his role to impose a strict regime over Zawaideh, including terminating Zawaideh because she refused cut her hair, wear sexually revealing clothes and underwear, and refrain from wearing red lipstick—her own personal signature,” an email sent on behalf of Bohm to Digital Music News stated.

It’s unclear why Zawaideh remained in the group for the extended period.  But she was eventually removed by White.  Part of the reason for the removal, according to the complaint, is that Zawaideh (ironically) refused to cut her hair.

The allegations were made in a Verified First Amended Complaint, recently filed on behalf of Zawaideh by her current attorneys, Lawrance A. Bohm of the aforementioned Bohm Law Group, Inc.  The case, Zawaideh v. Shaun White Enterprises, et al., is currently pending in the Superior Court of California in San Diego County.