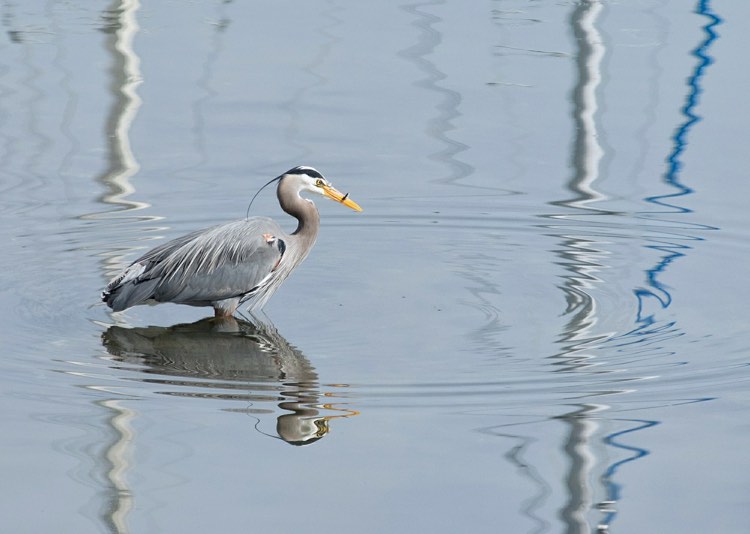 As ‘Blurred Lines’ goes up on appeal and ‘Stairway to Heaven’ goes down in defeat, music copyright jurisprudence may be balancing out a bit after a tilt-a-whirl season of litigation — both threatened and filed — much of it consisting of Top 10 gold-diggers and their contingency attorneys.  And, often with little substance to their claims of song theft other than a generic melody line, chord progression or drum beat sharing a few common traits with chart-busting songs.

If Marvin Gaye’s heirs could win $5.3 Million from a ‘Blurred Lines’ jury that found Robin Thicke and Pharrell Williams infringed on the copyright of ‘Got To Give It Up’ although no melody or harmony features were even close to similar, why not take a shot at some Billboard gold like Ariana Grande’s ‘One Last Time,’ Justin Bieber’s ‘Sorry,’ Demi Lovato’s ‘Stars,’ or Ed Sheeran’s ‘Photograph’ and ‘Thinking Out Loud’?

These songs, among others, have become top targets as soon as they hit the Top Ten.

Many of the post-‘Blurred Lines’ cases involve a similar “vibe” or “sound” rather than actual copying of note and rhythm sequences.  You saw much less of this in the past.  You didn’t see Bob Dylan suing Stealers Wheel because ‘Stuck in the Middle with You’ had a Dylan-esque vibe, or Bruce Springsteen getting sued because ‘Blinded By The Light’ had a Van Morrison vibe, or Springsteen suing Marc Cohn because ‘Walking in Memphis’ sounded like one of his tunes.

Is the music copyright world descending down a dark and dank path in step with Trump’s post-truth invasion of politics?  Or does the ‘Stairway to Heaven’ verdict point to a higher ground?  The appellate decision for ‘Blurred Lines’ will clarify.

Before ‘Blurred Lines’, a copyright infringement case based on song similarities was considered a tough row for a plaintiff’s attorney to hoe unless it involved a sample of a recording, because a recording leaves a digital fingerprint as definitive as a DNA sample. But a song melody in the abstract, as opposed to a recording of it, had to be extremely similar to convince a jury, as with George Harrison’s ‘My Sweet Lord,’ where the chorus and verse were near carbon copies of Ronald Mack’s ‘He’s So Fine’ popularized by the Chiffons.

The sensible ‘Stairway to Heaven’ verdict — where the jury threw out a song claim based largely on a simple A minor chord and a descending bass line with a lineage going back to Johann Sebastian Bach and before – was a step in the right direction, but because U.S. District Judge R. Gary Klausner denied attorney fees to the Led Zeppelin defendants, there’s still little deterrent to frivolous, generic song claims.

A jury is given great latitude.  Even if the Ninth Circuit reverses based on errors of law by the trial court – such as improper jury instructions or presentation of an excluded recording – such technical knock out won’t serve the creative community, because the unreasonable song comparison will stay in tact, and the Ninth Circuit will leave standing a monstrosity that contingency attorneys with weak similarity cases can still point to in copyright shakedowns.

Why do appeals courts rarely overturn juries’ factual determinations as to substantial similarity?  Partly because the bar is so high: the verdict must be shown to be clearly against the weight of the evidence.  A music copyright case, more than most others, creates special obstacles to an appellate turnover, because similarity can be so subjective with music.

Take, for example, a comparison of the bass lines of ‘Blurred Lines’ and ‘Gotta Give it Up’.  The Blurred jury considered two funky bass lines rolling off the fingers of two talented bass players in their respective recording studios, years apart.  The jury might as well have been hearing classical Greek, and that’s a good thing for the Gaye team. But even bassist Jack Ashford, who recorded the Got to Give It Up bass line, has publicly proclaimed the melodic and rhythmic elements as just not very similar.

The appeals court can do little about the Blurred jury’s acceptance that, as the Gaye family’s musicologist Judith Finnell testified, there was substantial similarity merely because each bass line emphasized the root of the chord on a downbeat, or anticipating the downbeat.  Pharrell and Thicke’s team, headed up by Howard King, presented the jury with a third bass line, this time from Superfly, the 1972 hit from Curtis Mayfield, pre-dating ‘Got to Give it Up’ by five years. King noted that all of the bass lines play the root of the tonic chord on the downbeat or anticipating the downbeat, which is commonplace.

But the Superfly bass line seemed to go in juror number one’s ear and out juror number eight’s. The appeals court will likely “ask no questions why”, because it’s a factual determination.

A 1946 decision, Arnstein v. Porter, explains the appellate reluctance to overturn even the most cuckoo song copyright case. That case involved Cole Porter and a psychopath who claimed to have written many of his hits, and who also swore that agents of ASCAP were hiding in his closet.  Justice Jerome Frank acknowledged that the plaintiff and his case were both cracked, but deferred back to the jury, holding that substantial similarity of protected expression is a matter exclusively for lay listeners to decide, not appeals courts.  The case went back down to the trial court and the jury of post-World War II New Yorkers threw the case out.

But in our era, juries are more hit or miss than seven decades ago, as ‘Blurred Lines’ and ‘Stairway to Heaven’ teach us.

If the Ninth Circuit overturns the ‘Blurred Lines’ appeal on song-comparison grounds, unlikely as that may be, the flow of new Top 40 Gold-digger cases with little merit will slow to a relative trickle, a good outcome for the creative community and society at large.  But what of the songwriter whose melody and harmony were outright ripped off by a mega-superstar?  Will a contingency lawyer tell them to stay home in the face of a ‘Blurred Lines’ reversal rather than challenge the song-lifter?

No, because song theft cases with merit almost always settle well before a complaint ever needs to be filed.