How to Pick the Cover Song That Will Make You Famous… 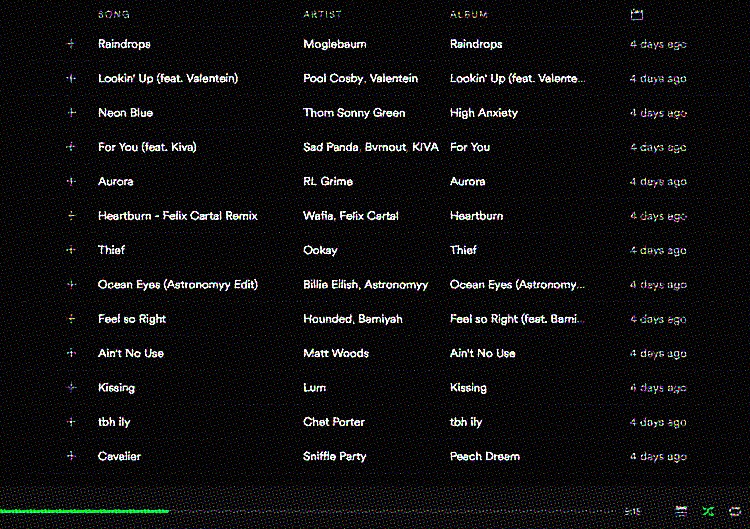 Every day, thousands upon thousands of songs are uploaded onto Spotify, YouTube, iTunes… whatever.  There are even millions of songs on Spotify that haven’t been played once, according to one study.  So how can you possibly get un-buried and noticed as a new artist?  The answer could simply be picking the right cover songs.

A few years ago, everyone got the memo about how to break out on YouTube.  The trick was simply singing the right cover song — or cover songs — and letting your own style shine through.  It worked.

And the reason is pretty simple: people don’t know you, but they do know the song.  So instead of being forced to dive into the something completely and totally unknown, they have some baseline level of familiarity.  From there, they then develop familiarity with you as an artist, and move on to your originals.

This isn’t some made up theory, it’s actually a proven path for lots of successful artists.  Starting with Justin Bieber.  But it turns out this cover song trick also works on Spotify, Apple Music, Tidal, and, for that matter, iTunes.  But it has to be done strategically.  You have to pick the right cover song, and use a technique that works.

“…how are you going to find that artist number 1.5 million that’s buried in there that Apple isn’t recommending to you?”

Earlier this week, CD Baby founder Derek Sivers discussed a little cover song trick that repeatedly worked for unknown artists while he was at the company.  It came during an interview with James Althucher, whose heavily-followed podcast interviews all sorts of authors, entrepreneurs, athletes, rappers, and comedians.

(Now, one quick note before you jump into this interview: Sivers observed this approach on iTunes, which applied to the earlier period of CD Baby when iTunes downloads were king.  These days most of that activity has shifted to Spotify and other streaming services, though all of these platforms share very similar search and collection architectures.)

James Althucher: Let me ask you this.  Right now, we supposedly have this Long Tail, where everyone can sell 50 albums a month, no matter how bad you are or where you land in the Long Tail.  But what’s happened in reality is that Amazon has actually — or Apple — has created our choices for us.  Oh, if you like this, you might then like this.  And if you’re not in their algorithm, you’re actually further down on the long tail.  This kind of democracy of choice has actually created less choice in a way.

Derek Sivers: Yeah, because it’s like how are you going to find that artist number 1.5 million that’s buried in there that Apple isn’t recommending to you.

Right.  And so how does an artist now overcome that?

“Boom!  That’s a great song to go do a cover version of.”

Sivers:  Good question.  It’s — it changes the techniques.  So for example, sorry this is just one little quirk, one little hack, but it worked really well.  Some of my best sellers at CD Baby were the ones that did one cover song on their album of a song that had never been covered before.   So you can go to iTunes and use their search engine and do a little research for all of your favorite songs, right, and then when you find one that only has one version of it —

Whatever it may be, I can’t really think of an example right now, because any example I would give would be one that already has lots of covers.  But say, think back through the songs you love.  You find one, and the only search result is the original recording.

And they’ll say, ‘wow, who is this one?’  And, I found many time that this gets people in the whole artist.

So here’s a specific example.  An artist named Melissa Rebronja from Toronto, did a cover version of ‘Wonderwall’ by Oasis.  So she did a cover version of that, and it was — you know — track 9 of her full album of other songs that didn’t sound like that.  But her whole album sold really well, because that’s how people found her in the mix.  They were searching for ‘Wonderwall,’ found Oasis and — who’s this?  Melissa Rebronja.

So there are things like that.  The rules change.  Because that would not have been the case twenty years ago.  You wouldn’t walk into a physical record store and say, ‘show me every album that has a version of ‘Wonderwall’ on it.”

Altucher: So that’s a very powerful approach.  I always think — no matter if you are a painter, a musician, a writer, or even a businessman — if you take what’s already proven to resonate throughout the decades or the centuries, or even the millennia, if you take that and do something slightly unique with it, you win.

Altucher: So it’s the same time of approach.  If you take what resonates with time, and, multiply it somehow, or do it.  Like I do that with my writing.  I’ll find obscure stuff written like a thousand years ago.  And, take the ideas from it, and so of re-write it in a modern context.

And it works.  Those are my most popular posts.