Why Lyor Cohen Won’t Change a Goddamn Thing at YouTube 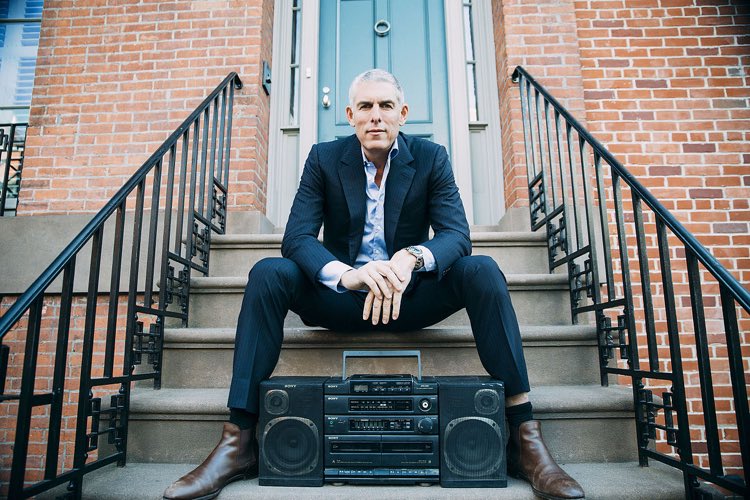 You might not know who Lyor Cohen is.  Well, unless you’ve been in the music industry for a long time.  That’s not to diss Lyor Cohen, but DMN’s audience skews a lot younger.  They don’t know the old guard as well.

But Lyor Cohen is one of the biggest major label executives of all time, with a career dating back to the 80s.  He made a big mark in rap and hip hop, then moved up to the highest ranks at majors like Warner Music Group.  Then he started a company called 300 Entertainment, which focused on Twitter and music.

That failed, but Cohen is actually credited with forging a major YouTube alliance while at Warner Music.  The deal was considered the first of its kind, though these days, all three majors seem unhappy with their YouTube arrangements.

You might call Lyor Cohen an influential ‘fat cat’.  Or one of the bad guys, depending on your perspective.  I heard him speak at a conference a few years ago.  It kind of sounded like an older white guy talking hip hop, ‘street,’ or something like that.  It was pretty weird, but I got the sense it was part of a really effective persona.  He makes a lot of money.

The reason is that YouTube thinks Lyor Cohen is a connection back to the complaining, uncooperative music industry elite.  The cabal of very powerful major label executives that hate Youtube, but still need YouTube, and don’t understand YouTube.  Like Irving Azoff (who’s actually a powerful manager, who used to be a major label executive, but whatever).

So Cohen is the diplomat that can help YouTube Music better compete with Spotify, Apple Music, and even Amazon.  Maybe this is the guy that can help the music industry to stop hating YouTube.  Or that’s the idea.

So YouTube sees Cohen as a guy with a huge, powerful rolodex, and a person friendly to streaming platforms.  A guy who can get people around the table to negotiate.  But the only problem with that theory is that not all of these ‘fat cats’ actually like each other.

Maybe Bob Lefsetz said it best.  “The only problem is people HATE HIM!” Lefsetz wrote in his Lefsetz Letter.

But there’s a much bigger problem, and it has to do with YouTube’s business model.  Basically, YouTube doesn’t want to change its compensation structure for music videos, because it actually doesn’t generate enough revenue to pay what the labels want.

Spotify is willing to pay more than 80% of its revenues back to the labels and rights owners, YouTube isn’t.  That’s important.

What else is YouTube unwilling to do?  Completely block videos from being uploaded by fans.  They’d rather pull down music videos in compliance with label demands, according to the outdated rules of the DMCA.  It’s an old, 90s law, and it’s working great for YouTube’s views and advertising revenues.

YouTube isn’t trying to be a good guy.  It’s a business that doesn’t really care about creators, which they view as a cost.  They’re not high on ethics, it’s not a profit priority for them.  It’s the classic Econ 101, soulless equation:

Traffic = revenue.  Revenue — costs (for content and everything else) = profit.

That’s the reality, and Lyor Cohen isn’t going to change that. Because if that was going to change, it would have already been changed.  There’s nothing new happening on that front.  No new variables, revelations, competitors, or external shocks.

So if the major labels want real change, they first need to block all of their videos from being played on YouTube via ContentID.  That’s step one.  Then, declare war on any uploader and harass the crap out of YouTube if anything ‘accidentally’ appears.

Then, they need to take YouTube’s daddy, Google, to court.  They need to focus their legal and legislative energies against a serious opponent, instead of pimple-faced coders in Ukraine.  The cases against pimple-faced coders are easy to win, but they have no impact on piracy.  A case against Google and YouTube, or a serious legislative change, would have a lasting impact.

The only problem with going against YouTube?  The labels need the exposure.  And YouTube doesn’t need music videos as much as the labels think they do.  Because the minute you tear down everything from YouTube, and keep it down, no one cares about your artist.

That’s the reality.  And it’s why YouTube can keep calling the major labels’ bluff.

And why a fat cat music executive won’t change anything.

Top image by Noa Griffel for 300 Entertainment, licensed under CC by 4.0.