8 Ways to Conquer Anxiety and Depression on Tour 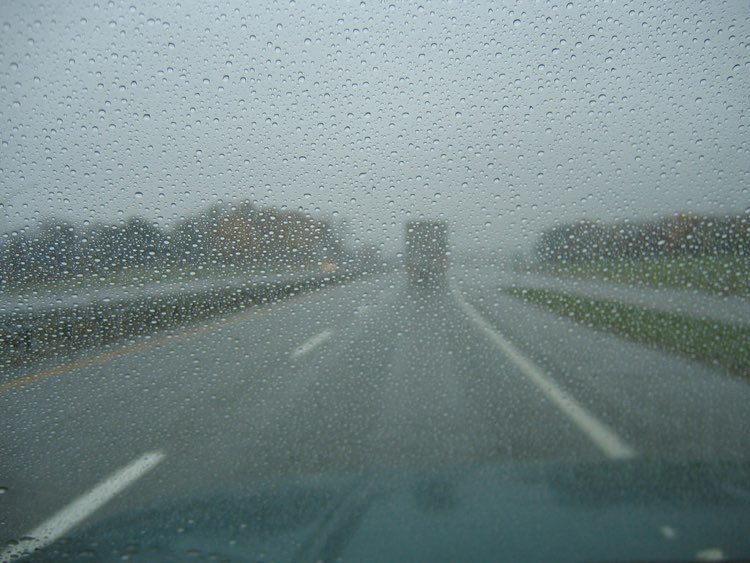 Battling depression and anxiety is difficult enough in normal life.  Here are some tips for keeping happy, healthy, and creative while on the road.

There isn’t a more wobbly lifestyle than touring.

The highs are soaring, while the lows can be crippling.  There are no constants, no securities and no guarantees.  Food can be suspect, crowds can be unpredictable and sometimes even the smallest victories are hard to come by.   I’ve seen even the most mentally well-balanced people have power meltdowns on the road.

As a touring musician, you have entered the old Wild West, where the rules of your former life no longer apply.  You have entered the neurotic grind; a survival game to unleash a creative force into the world while staying both mentally and physically healthy. The human mind is a beast, and often the artists’ greatest enemy is thyself.

That’s why “save me from myself” is the most cliché, recycled lyric of all-time.

In Johannesburg, South Africa I once played a show to 2,000 screaming people.  The next night I played to two dudes on their cell phones.  Talk about a wobbly existence.  This essay explains the tricks I’ve learned over four years of non-stop touring to combat anxiety and depression on the road. (I am very prone to both of these.)

It is drained by…

It’s a give or take. Stay ahead of the game and keep the meter high. That way you can afford to drink a few beers if you’re exercising & eating well.  Feel free to eat a brick of Swiss cheesecake if you’ve charged up enough happy juice to afford a lapse in energy post cheesecake.

Lace up the jogging sneakers.  This is the single best way to crush anxiety and depression.  I’ve been so crippled by anxiety on tour I nearly flew home (more than once).  I turned this around by getting up every morning and going for a 30-minute jog.  After a few days, I felt clear-headed and invincible.

Wear a thermal to break an extra sweat.  More sweat = clearer head.  Jogging is also a primo way to see the sights and get a proper feel for the city.  These workouts build on each other, like Tetris.

Get into a pattern of jogging whenever possible.  As Henry Rollins once said, “The hardest part about going for a jog is getting out the door.”  If you can get a jog 4-5 times per week you’ll feel fucking invincible.  I promise.

Some folks hate jogging.  This I understand completely.  Stretching has also been super clutch in battling anxiety & depression. Have a 10-20 min stretch every morning for a clearer head.  There are yoga apps on your phone and Google images of effective stretches.  The consistency of this routine will restore mental balance while touring.

If you’re touring America in colder months, Planet Fitness and Anytime Fitness have gyms all over the US and their rates are fair. Sign up or milk the one-week trial memberships (in multiple locales).  Cardio is key.  Breaking a sweat 4-6x per week can completely destroy even the deepest of depressions on tour.

Ahhhh the magic sauce.  Always free and always flowing.  It’s tough to turn down free beer at clubs.  Having a few beers each night builds up and truly crushes the Happy-o-meter.  It’s great to indulge, but keep in mind this is the #1 catalyst to anxiety and depression on tour.

I love drinking beer, but the tours I’ve done sober have been significantly more productive than the drinky drinky tours.

Burnout is real, people.  I thought it would never happen to me.  I recommend at least two days off per week.  Grinding it too hard will create a disdain for the very songs you love and live for.  The off days are also critical for admin time to hype upcoming shows.

More off days generally means more people at your shows.  Supply and demand musical economics.  Play 5x per week rather than 7.

I get depressed if I’m not creating.  Everyday before checking any email or Internet, I write songs or blog posts for at least two hours.  This sets the tone for the day.  Email can wait.  You only get so much neural tissue to burn.  Don’t waste it all on mindless Internet surfing.

Writing a new song or riff will charge up the Happy-o-Meter.  Smartphones are a complete vampire to creativity and a catalyst to anxiety.  Leave them in the backpack for a few hours.

Coffee is THE SHIT.  It’s amazing, but it’s the leading cause of anxiety for many touring artists.  Try going half regular, half decaf. Caffeine crashes in the afternoon are super depressing.  If you’re going to hit the caffeine, ride it slow.

We all need our space.  Odds are you’ll be crammed into a small car or van with the same people 24/7 for weeks at a time.  Even if these are your best friends, you’ve got to isolate to stay sane.  It’s just the human condition.

Don’t let unnatural cramped quarters tear perfectly healthy relationships apart.  Go for a walk after soundcheck.  Get up early and eat breakfast by yourself.  Even just 20-30 minutes of solo time will restore the sanity-o-meter.

On the contrary, I’ve gone on tour by myself for 3-4 months at a time.  This is completely liberating and amazing, but too much solo time is not healthy.  With no one to bounce thoughts off of, you’ll get in your own head.  Over-thinking leads to irrational conclusions.  People need people.

I distinctly remember entering month three of a tour, driving across Germany by myself thinking “when is this going to end?” Find a healthy balance that works for you.  For me, two months is the perfect tour.  After that it’s easy to lose the perception of reality as you once knew it.

Keep it trucking out there friends.  It makes me feel more sane knowing there are others out there like me.  I commend you for hitting the road.  Few men and women have the bravery, nerve, and iron balls to drive around earth in a van playing shows.  Know that tour will inevitably get emotionally wobbly, but also know that you’re not alone and we’ve all got each others’ backs.

Brett Newski is a nomad, songwriter, and co-founder of “Crusty Adventures,” a YouTube series about the harsh realities of DIY touring and life on the road. brettnewski.com/tour