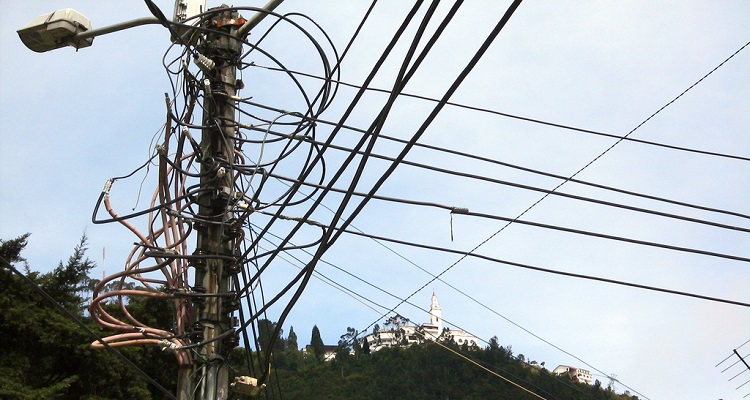 As expected, Apple unveiled their brand new Macbook Pro. As always, it’s looking pretty sweet. You can purchase the Macbook Pro with either a Silver or Space Grey finish. There’s also the new completely unexpected yet promising Touch Bar. The screen has a 13.3-inch retina display, supporting 2560×1600 native resolution. It has a dual-core Intel i5. On the storage side, you’ve got a choice between a speedy 256 GB, 512 GB, or a 1TB solid state drive. Apple scrapped their courageous decision on Macbook Pros and kept the 3.5mm jack. However, there’s a big, big problem.

Apple’s new MacBook Pro features two to four Thunderbolt 3 (USB-C) ports. Last year, Intel announced that Thunderbolt 3 ports allow users to use the same port type of USB-C. Thus, every Thunderbolt 3 port works as a USB-C port, and vice versa. On the technical side, this is a beauty. CNET explains that the port delivers 40Gbps bandwidth, and with USB-C, up to 10Gbps. Speedy, right?

Here’s the problem, though. CNET’s Dong Ngo explains that most peripheral devices and cables used today use a USB-A connector (or legacy standard USB.) If you want to use these on your Macbook Pro, you’ll need an accessory or a dongle adapter.

“If the new laptops retained just one regular USB type-A port, this wouldn’t be such a big deal and would greatly ease the pain of the transition. Keep in mind that this is the first time the MacBook Pro has gotten USB-C; prior to this the 12-inch MacBook was the only Apple computer that used USB-C.”

Four Thunderbolt 3 ports aren’t enough. You’ll need to use one USB-C port just to charge your MacBook Pro. Check out the product page for the laptop on Apple.

“[Two or] Four Thunderbolt 3 (USB-C) ports
with support for:

This is Apple forcing their vision of the future on consumers, as they did with the lack of a 3.5mm jack on the iPhone 7. Ngo explains,

“But even taking the iPhone out of the equation, the abrupt move — from no USB-C on the MacBook Pros at all to going all USB-C and nothing else — feels premature. Apple is treating a relatively distant future as if it were already here. And as a result it may have taken its shot way too soon.”

There are hidden dangers for consumers when using the Thunderbolt 3 (USB-C) ports in the new MacBook Pro as well. Writer Stephen Foskett explains,

“You’re about to enter a world of confusion thanks to those new “USB-C” ports. See, that simple-looking port hides a world of complexity, and the (thankful) backward-compatibility uses different kinds of cables for different tasks. Shoppers have to be very careful to buy exactly the right cable for their devices!”

On the technical side, Foskett breaks down the confusion that most consumers will not know.

“The core issue with USB-C is confusion: Not every USB-C cable, port, device, and power supply will be compatible, and there are many different combinations to consider.”

Here’s the true danger, however.

As much as I personally enjoy Apple products, Lloyd Chambers over at Mac Performance Guide may have a point.

“The people at Apple no longer have a clue what is desirable in a computer. At this, Apple is now incompetent. Tim Cook thinks everyone should just use an iPad. Out of touch with the reality of what core traditional Mac users is an understatement: yes iPhone and iPad are popular. Which is precisely why computers should distinguish themselves as computers. Not iPad-like stripped down gimmicks. It’s called market differentiation. Instead Apple pursues convergence.”