David Bowie Fans Flipping Out Over the Latest iPhone Update 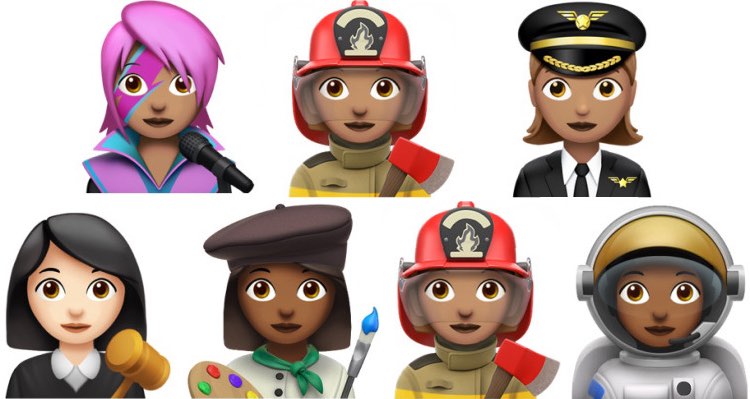 Guess the man’s literally an icon.  David Bowie is now the latest inductee into iPhone’s extensive emoji cast.  But when will this be released?

David Bowie is now part of the esteemed iPhone emoji selection, with updates currently in beta.  The iOS 10.2 upgrade includes the Thin White Duke, with two variations on the Bowie thunder bolt warpaint.  That includes a purple-themed emoji, pictured above, with variation in blue and red.

We’re not sure when this is getting its official push.  But somehow, we’re guessing Apple will repeatedly remind you, before auto-installing it at 4 am.

But back to the emoji.  The facial styling looks to be modeled after Bowie on the cover of Alladin Sane.  That album, released in 1973, contained the hit, ‘The Jean Genie,” along with “Drive-In Saturday.”  Of course, it was probably obvious back then that all of this was going to be reimagined into an mini icon for the intelligent telephones of the future.

The Bowie addition is part of a broader emoji expansion, one that will include lots of different professional roles.  Think firefighters, chefs, and astronauts, and you’ve got the idea.  And, in Apple’s new multi-ethnic style, every profession is available in five skin shades.

Which introduced another bit of musical trivia.  Multi-ethnic icon shift is partly the result of a campaign by Miley Cyrus to move emojis towards a more racially diverse place.  Basically, beyond just white people emojis.

+ David Bowie In 2002: ‘I’m Fully Confident That Copyright Will No Longer Exist’

Other additions in the 10.2 round include a shrug emoji, which could really catch on.  And, these face palms, which seem long, long overdue. 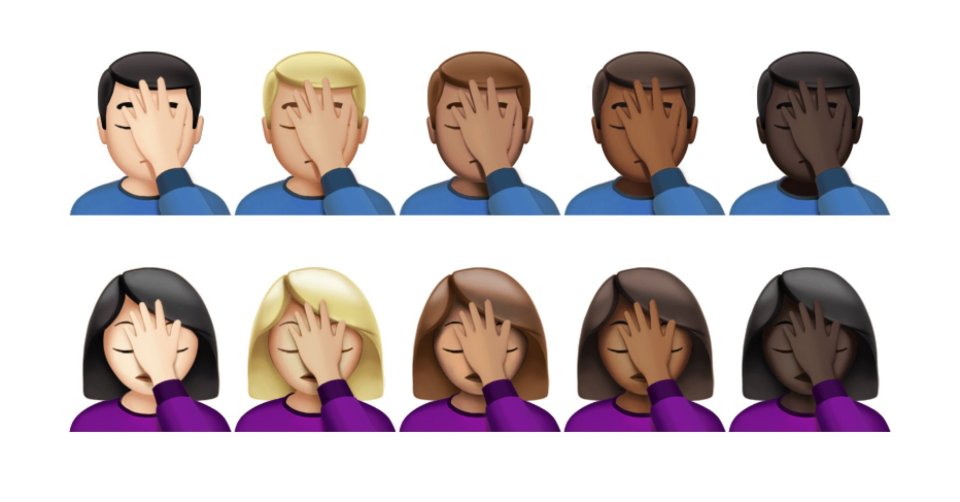 Besides the face palm emojis, there’s something else that could overshadow the Thin White Duke.  That would be Harambe, whose emoji appears to be bundled into this release.

We’re not sure exactly when the 10.2 upgrade becomes final, though there’s a public beta here.