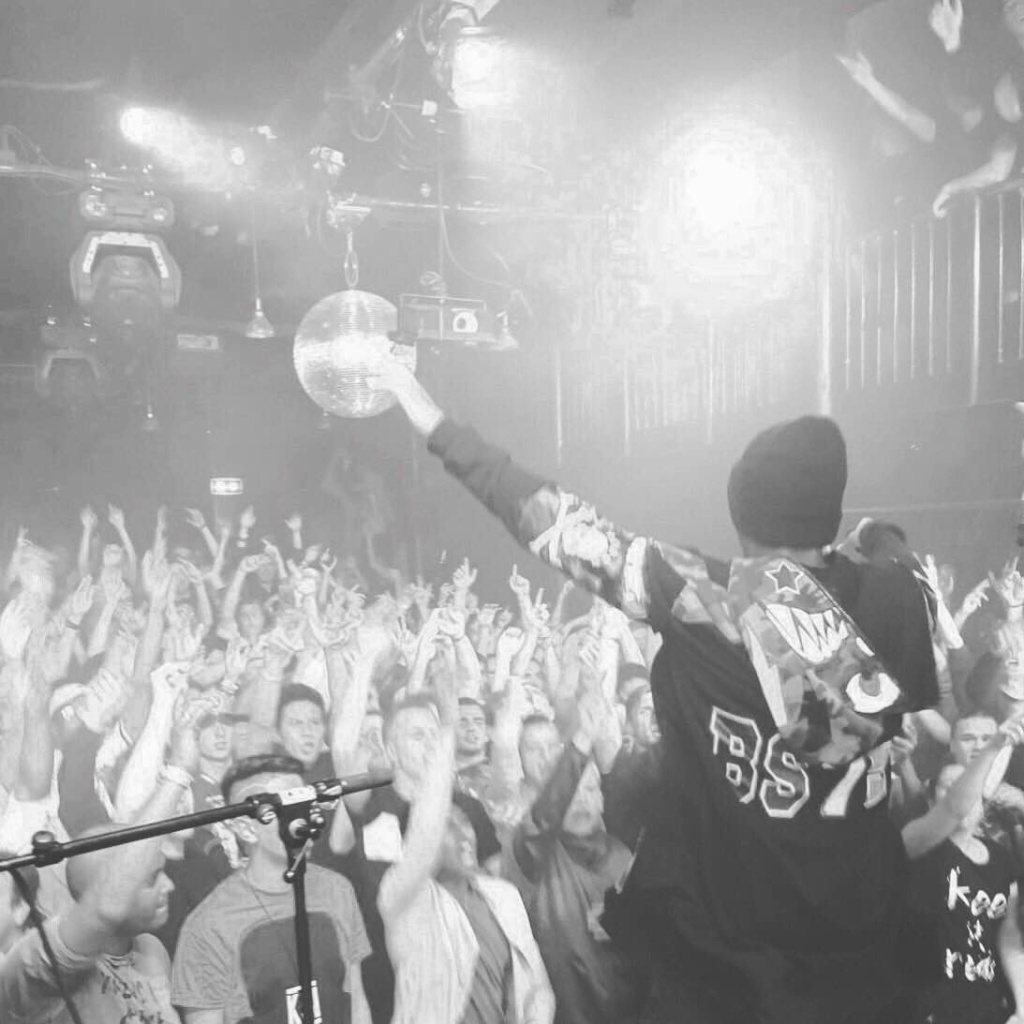 KSI reached out to DMN to let us know about his new album. With nearly 15 million subscribers on YouTube and billions of views, he is one of the most successful rappers on the web.  We wanted to pick his brain about his career and current events in the industry.

KSI: I honestly could see more income from YouTube and my music.  In this day and age, YouTube has million of viewers for music, and it may well be one of the best sources for music, let alone music video wise.  So yeah, I can see a change in revenue where I could be making more from music.

DMN: YouTube royalties are a heated debate in the music industry.  Do you feel the major labels are justified in their battle to increase artist earnings on YouTube, or do you think they are asking too much from YouTube?

KSI: Good question, there’s really not a right or wrong here.  Because, you might think artists already make enough money from deals and revenue so they don’t need more money from YouTube.  But then, you might think that an artist and a label, has the privilege to get more money if their video is posted on YouTube!

DMN: There has recently been controversy about Facebook taking down videos with content owned by UMG.  Do you think Facebook needs licensing so that its users can upload cover songs and lip-syncing videos, or do you think Facebook has a right to not want to be involved in that?

DMN: Tell me about your tour?

My tour’s been sick man!!  I’ve been to Paris, Antwerp, Amsterdam!  It’s amazing, I’ve had a girl throw a bra on stage in Newcastle.  That was… Cool!

And the fans have been fantastic, incredible support! 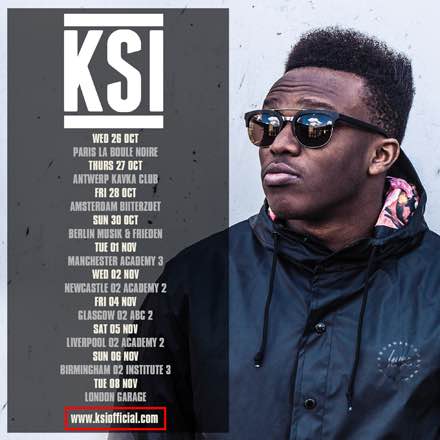 DMN: Forbes has stated that you are worth approximately $4.5 million.  Is that accurate?

KSI: Hahaha, well. I’m obviously not going to tell my earnings around on the internet.  But let’s just say, Forbes are usually pretty reliable.  I’ve been blessed to make good money from YouTube and rapping, so yeah!

DMN: Why do you think Vine died?

KSI: Honestly, I don’t know. Vine was supposed to be the next big thing, but it never turned out that way.  Some of their bigger stars left Vine for YouTube for more revenue and for more money of course.  But honestly, the hype died a while ago.

DMN: Which YouTubers have influenced you?

KSI: Ehm, keeping it 100 here.  No one really in particular.  I just saw a bunch of videos on the internet, and saw that people were making money off it.  I got influenced to step up my game by many a FIFA YouTuber.  Well, they know who they are. 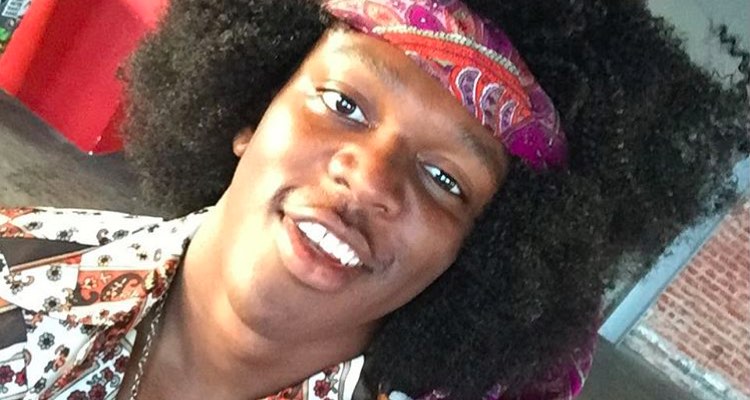 KSI: Not really, no.  As I just stated, a lot of people were making videos and I thought that would be cool.  I then met some people who I still get inspiration from though.

DMN: What are some of the musicians that have influenced you and what was the first song or artist that you really felt a connection to their music?

KSI: I listen to all kinds of music.  Of course I listen to Drake, Kanye and the big rappers.  But, there’s this small rapper named Mayzin that I’ve been speaking with lately.  He’s a really chill dude and he’s definitely a talented artist.  Everyone who is reading this should definitely check this guy out.

And you know, we may have some music together soon!  But then I can chill with some Marvin Gaye, and some old school music like Elvis or Sinatra.

DMN: Tell me about your new album.  When are you targeting a release and on which platforms?

KSI: Well, I can’t tell you much about the album.  But, the album can be expected around February time or maybe a bit later.  Definitely going to come out on all the platforms, all of the digital ones and of course CD/physical copies.

DMN: Are you working with anyone for distribution, publishing, collaborative artists?

KSI: Can’t say much about this honestly right now.  All I can say, is that Wacka Flocka Flame and JME might be involved 🙂

DMN: What sets this album apart from your previous ones?

KSI: Well, this is actually my first album.  And it definitely has a bit more touch of mainstream rap, and American rap.  And it kinda fades away from grime, not that I made any grime music in the first place.  But I do get compared to grime artists often.

DMN: How did you find out about us?

KSI: I found out about your website really casually.  I just found some very well made blogs, so I contacted you about it, and it was cool!