Welcome to Live Video, Instagram. We’ve Been Waiting for You… 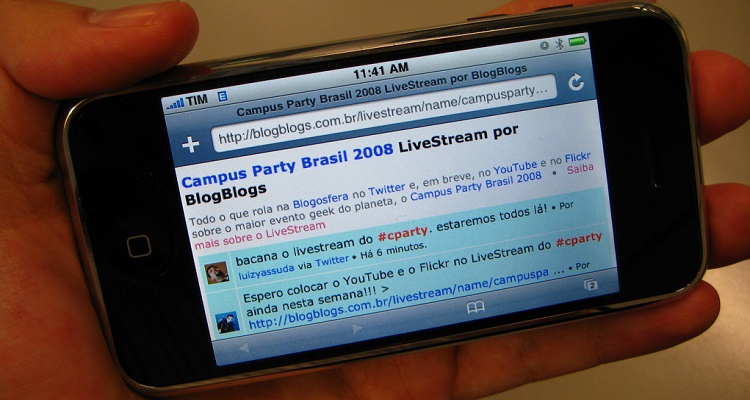 In an interview with the Financial Times, Instagram CEO Kevin Systrom confirmed that the service will roll out live video in its service.

“Live is really exciting for us. I think it can enhance what we’re doing. If I’m trying to strengthen relationships with someone I love, them streaming video to me live would be an amazing way to be closer to them.”

“People are creating and sharing more video, and we think it’s pretty clear that video is only going to become more important.”

What does this mean for the music industry? Instagram is the go-to social media platform for tons of celebrities, musicians, and music groups. Cosmopolitan ranked the most followed celebrities on Instagram. Artists took the top slots, with Beyoncé in first place with 42.6 million followers, followed immediately by Kim Kardashian, Taylor Swift, Ariana Grande, and Selena Gomez.

According to the Financial Times, more and more users are viewing live videos. YouTube live videos surged 80% last year, with live streams numbers up 130%. Twitter and Snapchat have signed deals with the NFL to live stream American football games. Snapchat said that in the first week of the Rio 2016 Summer Olympics, 49 million unique visitors tuned in to live streams, a third of the company’s 150 million users.

“Facebook has aggressively courted professionals like BuzzFeed and Channing Tatum with a $50m budget and they’ve got a user base of more than 1.6bn people. They get approximately six times engagement with live compared to recorded video, and that’s steadily going up.”

“If you’re the CEO of a company and all of a sudden 100m people are using a new format every single day, it’s not something you ignore. You push investment into it.”

There’s a strong celebrity presence already established in Instagram. Many fans would tune in to watch their favorite artists live stream videos. Imagine a special live-streamed concert on Instagram, or public interviews through the service. The possibilities are endless. Wwith more users engaged in live videos, this means more revenue for the industry as well as artists.

Coca-Cola paid Selena Gomez $550,000 to sponsor the soft drink on her Instagram. The shot is still the most liked post on Instagram, currently at 5.8 million likes, dethroning Justin Bieber back in June. In addition, the singer’s sponsored video tour through Coca-Cola currently sports 11.8 million views. So, how much would Coca-Cola pay the singer or other artists for a live stream?

Nead Mohan, head of product at YouTube, said that his company outperformed other livestreaming platforms. How? Through its ability to monetize content by the weight of advertising deals. YouTube increased new advertising 30% compared to 2015 thanks to content creators like PewDiePie and Zoella.

So, who will win the new social media livestream battle? It’s going to depend solely on content creators, says Mulligan.

“While Facebook is paying professionals to start using its platform, YouTube’s pros have already built up highly engaged audiences. Content creators are what will define who wins in this battle of live video.”