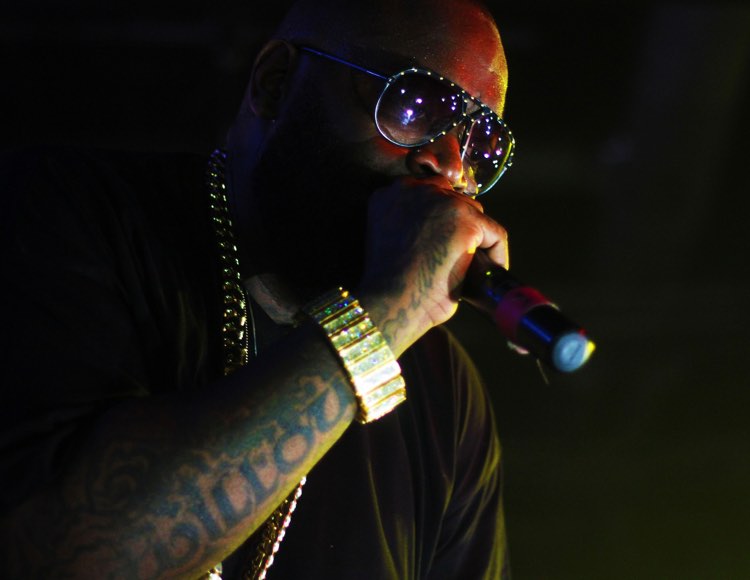 Rapper Rick Ross may be facing Class E felony charges for issuing a direct death threat against President-Elect Donald Trump.  The offense could result in five years of imprisonment, $250,000 in fines, or both.

The video was uploaded on November 9th, less than 24 hours after Trump won the presidency.  In the song, Ross explicitly discusses killing the President-Elect.  This is the portion of the song in question:

Now accept these words as they came from Eminem

Democratic Party sentenced to the pendulum

Killing them, I voted for Andre Benjamin.”

Here’s the clip.  The lyrics in question come at about 2:30.

Those lyrics have been clearly construed as a death threat by multiple observers, though the policy of the US Secret Service is never to discuss ongoing investigations.  At this stage, it’s unclear if Ross has been contacted by the US Government, or if the matter will be prosecuted.

Ross’ management agency has not responded to a request for comment.

Under United States Code Title 18, Section 871, criminal repercussions can apply to “any threat to take the life of, to kidnap, or to inflict bodily harm upon the President of the United States”.   ‘Class E’ is the least serious felony classification, and carries a maximum prison term of five years.  The maximum fine for a Class E felony offense is $250,000, with 1-5 years of probation.

Against potential issues, some outlets are taking pre-emptive steps.  Already, Walmart has pulled the album containing the song from its stores after a high-profile complaint. YouTube hasn’t pulled the video, but sources have told Digital Music News that YouTube quickly moved to bleep the original lyrics.

Meanwhile, versions of the uncensored track can be found on multiple digital outlets, including Spotify, Apple Music, Google Play Music, and Amazon Music Unlimited.  Even the lyrics themselves are available on Google Music.  Those outlets may pull the track.

‘Free Enterprise,’ which features John Legend, was actually released on the album Black Market in 2015.  That was before Trump’s election to the Presidency, though Secret Service officials also consider threats against political candidates as punishable offenses.  That was the case with Obama, who reportedly started receiving death threats early in his 2008 presidential campaign.

Meanwhile, death threats against Donald Trump have been overflowing online, particularly on networks like Twitter and Facebook.  According to sources, those threats are being vetted, with serious threats isolated for investigation or criminal action.