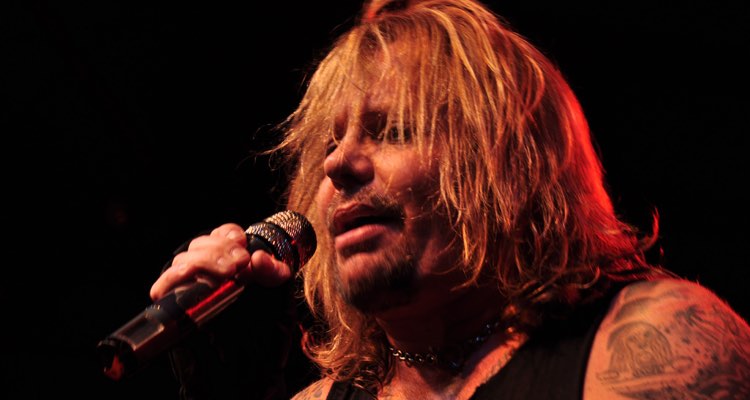 Vince Neil of Motley Crue will definitely NOT be playing in Donald Trump’s Inauguration ceremony, according to the singer himself.  Earlier today, Billboard incorrectly reported that Neil was confirmed for the performance.

The committee overseeing the Presidential Inauguration of Donald Trump has now removed Vince Neil from the program. According to the Motley Crue singer and musician, Neil was formally invited two months ago and cleared by the Secret Service.  Following the triumph of Donald Trump, Neil says he was formally ‘uninvited’.

“Well here’s the thing: I was asked to do the inauguration two months ago,” Neil told TMZ in a recorded statement. “No matter who won.  We obviously had no idea who was going to win.  And I said absolutely, I wanted to play the inauguration.  We gave all of our passports for the band and crew to the Secret Service.  They went through everything, and as far as I know from that, we were playing.”

“So we were invited, but it turns out that when the Republicans won, we were uninvited.”

Now, it looks like the invitation may have been extended by the Hillary Clinton campaign.  That’s right: the Clinton campaign may have been so overconfident that they were actually planning the Inauguration in September.  “I didn’t know about the Democratic part of asking us to play,” Neil noted.  “I just thought, or maybe I just assumed, that it doesn’t matter who won, it’s still a big party.  But I guess there’s more politics involved in a band playing than I thought there was.”

“I just found about this today, when all this stuff came out that we were playing.  So I asked my guys, but they said once Trump won, it was all politics.”

Earlier, word leaked that the Rolling Stones had been on the invite list.  Earlier, the Stones had been at loggerheads with Donald Trump for constantly playing ‘You Can’t Always Get What You Want’ at his rallies.  So far, the band has remained silent on the rumored invitation.