Will Apple’s AirPods Arrive by Christmas? Depends Who You Ask… 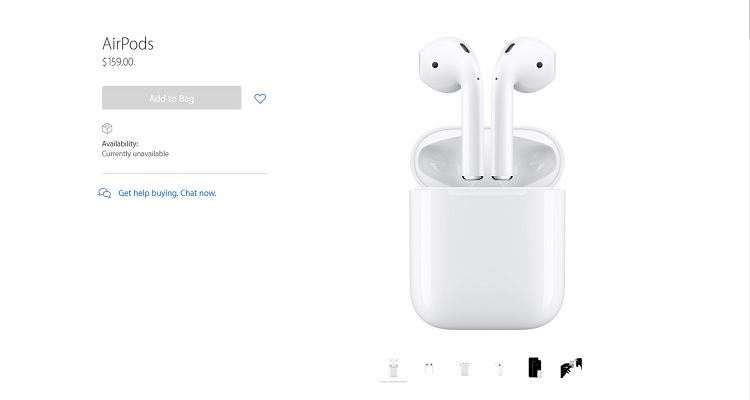 So, why hasn’t Apple released the AirPods?

Apple took a bold decision back in September. They shipped their iPhone 7 without a headphone jack. Memes flooded the internet. Apple enthusiasts praised Apple for their “courageous decision.” And the company announced that in late December, they would ship their wireless headphones, the AirPods, in “late October.”

However, something went wrong. In late October, Apple told TechCrunch

“The early response to AirPods has been incredible. We don’t believe in shipping a product before it’s ready, and we need a little more time before AirPods are ready for our customers.”

Nevertheless, Black Friday is now two days away here in the States. This day marks the start of the busy holiday shopping season. Shoppers purchase gifts for their loved ones in droves. Companies report large revenues. On December 25, people wake up to unwrap wonderful and expensive gifts. A good time is had by all.

So, what happened to the AirPods? Will the company lose out on serious winter holiday cash? An Apple representative said that the AirPods faced serious bugs and ease of use issues. Thus, the company pushed them back to an “indefinite” release date. The official website lists the AirPods as “Currently Unavailable.”

However, the AirPods may ship sooner than expected. AppleInsider is now reporting that company-authorized reseller, Alza.cz, in the Czech Republic lists the wireless earbuds as shipping in December. This goes in line with AppleInsider’s sources. They told the site that the company will ship the earbuds before the end of the year. AppleInsider said,

“Those comments were made specifically to refute supply chain rumors that the hotly anticipated product had been pushed back to next year.”

Also, top French retailer Fnac allegedly told some pre-order customers that the product ships on December 15. A user at a French site posted a screenshot.

However, according to French website iGeneration, Fnac “has a bad history in the launch of Apple products.” In fact, Fnac changed the ship date from November 30 to December 15. Despite strong retail indications, it still remains unclear exactly when the Air Pods will ship, however. Apple has not yet released an official comment.