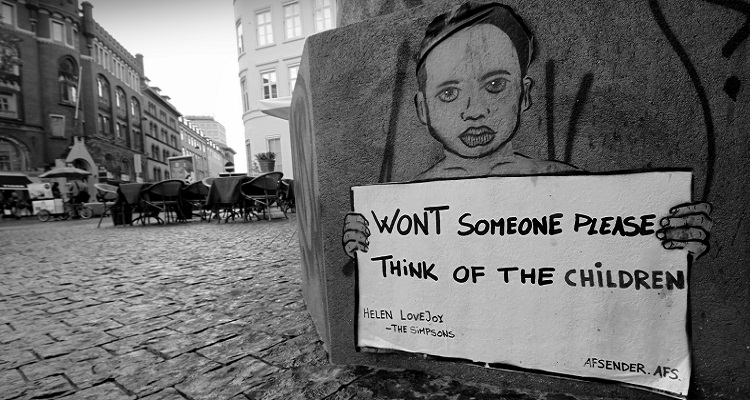 I wonder what Helen Lovejoy would have to say about Twitter and the Digital Economy Bill.

On Monday evening, across the sea, members of Parliament at the House of Commons voted to approve the Digital Economy Bill. It received an unopposed third reading from MPs, according to the BBC.

“One of the main ways in which young people are now exposed to pornography is through social media such as Twitter, and I do not really see that the bill will do anything to stop that happening.”

Whittingdale is the Tory MP who first introduced the bill in the House of Commons back in June. Less and less teens are using Twitter, but Digital Minister Matt Hancock acknowledged that this could now change with the Digital Economy Bill.

The most threatening part of the bill comes from one of the latest revisions. The government gave the British Board of Film Classification, or the BBFC, new powers to enforce the results. This includes ordering ISPs to block many, many websites that aren’t necessarily pornographic. Late amendments to the bill allow website bans with unspecified, “other material.” Even worse, the BBFC said in a statement,

“The requirement to block websites would apply to all sites in the UK and overseas. Where websites originate in the EU the process will be compatible with country of origin rules.”

“The government previously said web blocking is a policy that is ‘disproportionate’, that technical measures can be easily circumvented…so we are concerned and disappointed it has gone down this path.

This change in direction has been agreed without any consultation, with no assessment of costs…”

Worried privacy campaigners said that adults are also subject to the age verification. There are also a number of privacy issues.

“We believe the aim of restricting children’s access to inappropriate material is a reasonable one.  Our concerns include…the impact on privacy…freedom of expression, and how pornography is defined.”

The bill moves on to the House of Lords. They will now debate the bill. There are also measures to improve broadband services as well as cracking down on ticket scalpers.