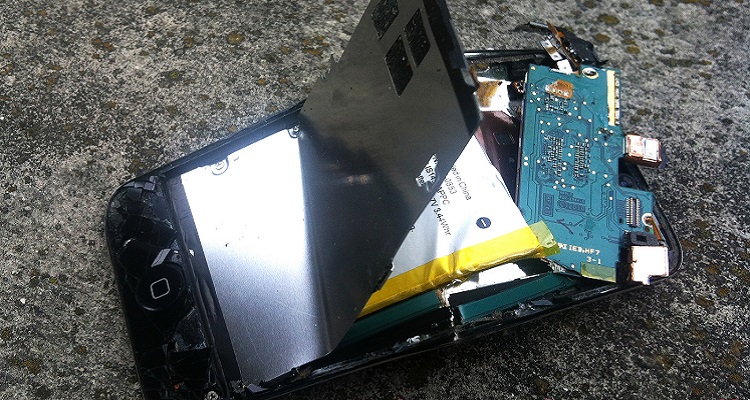 Is Apple hiding their iPhone battery problems from consumers? Chinese authorities and users believe so.

Apple has serious iPhone battery problems, and won’t admit to them. That’s according to the China Consumers Association, a government watchdog group. Yesterday, they said, that the iPhone is having mysterious problems that causes the device to unexpectedly shut down. Apple addressed the issue on November 20, releasing a statement on their site. The website says,

“Apple has determined that a very small number of…6s devices may unexpectedly shut down. This is not a safety issue and only affects devices within a limited serial number range that were manufactured between September and October 2015.

“If you have experienced this issue, please use the serial number checker below to see if your…6s is eligible for a battery replacement, free of charge.”

Yet the notice only applies to the iPhone 6s. Chinese authorities say that this doesn’t go far enough. According to them, this affects iPhone 6, 6 Plus, 6s Plus, as well as 6s models.

However, the watchdog group accused Apple of not admitting to the problems. They accused the company of failing to “meet basic consumer needs for normal wireless communication.” China Consumers Association has now sent a second notice to the Cupertino-based company. They wrote,

“After Apple published the “iPhone 6s Program for Unexpected Shutdown Issues,” many consumers continued to send replies to the China Consumers Association reporting their situation. After collecting these reports, we discovered the shutdown malfunction also exists in the iPhone 6…6 Plus…6s Plus, in addition to…6s devices produced between September and October 2015.

“The aforementioned models were among the devices suspected of malfunction problems in the China Consumer Associations’ letter sent out on November 15. Meanwhile, consumers have opinions and suggestions about the execution of Apple’s “iPhone 6s Program for Unexpected Shutdown Issues.”

“As a result, on November 29, the China Consumer Association once again sent a letter to Apple expressing our wish that Apple provide a thorough analysis, reason and solution for the malfunctioning iPhone 6, iPhone 6 Plus, iPhone 6s Plus and iPhone 6s phones produced between September and October 2015.

In addition, as for the “iPhone 6s Program for Unexpected Shutdown Issues,”some consumers have questions about its terms and [we] ask for a timely clarification. [We also request] Apple improve the convenience of the booking and consultation systems [for battery replacement], prepare enough components to replace batteries efficiently, and meet basic consumer needs for normal wireless communication.”

In recent weeks, a growing number of Chinese users have complained about the devices. They say that the iPhones are shutting down, even with 30% battery life. Furthermore, Chinese users also say battery replacement doesn’t solve the issue. In fact, one user on Weibo (China’s Twitter-like social network) said that his phone shut down at just 20%. The previous day, Apple gave him a fresh battery. The user wrote,

“I just want to ask Apple how changing the battery will fix the problem.”