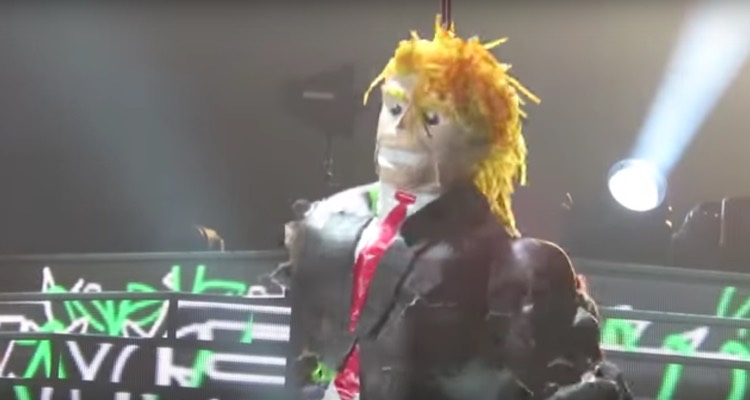 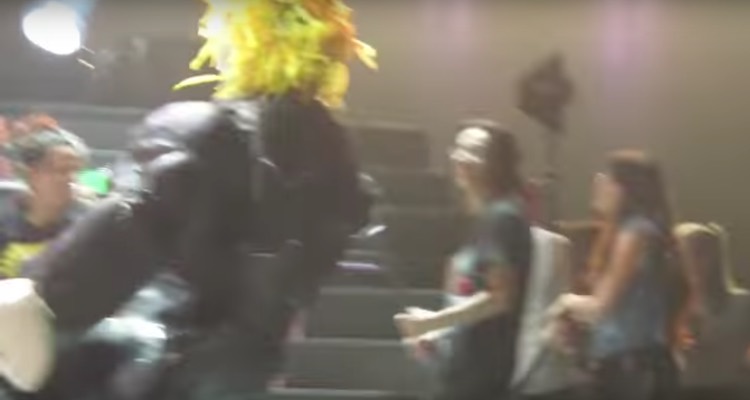 Kanye West loves Donald Trump.  Fans of Guns n Roses, on the other hand, want to beat the f*#king crap out of him.

Donald Trump went nuclear on the cast members of Hamilton for voicing concerns to Vice President-elect Mike Pence.  What will he say about this one?

During a Wednesday night show in Mexico City, Guns n Roses hosted an absolute ‘bash’ for President-elect Donald Trump.  Basically, the band and invited fans took turns beating the crap out of a massive Donald Trump piñata.  Thousands of fans recorded the pummeling, and cheered as body parts detached.

The piñata was an elaborate and seriously oversized version of the traditional party prop.  But this was no mini-mule.  Considerably bigger than a large human, the piñata actually resembled the President-elect.  Perhaps the complexion could use a little more orange, but, everyone got the idea.

“Let’s bring up some people, and give them a fucking stick.”

As part of the beat down, Axl Rose invited members of the crowd to participated in the brutal ceremony.  “Let’s bring up some people, and give them a fucking stick,” Rose said.

“You can express yourself however you feel.”

Axl Rose has been pretty political of late.  Aside from his ongoing criticism of Trump, the Guns n Roses frontman has also been critical for incoming Attorney General Jeff Sessions.  The Alabama Senator was actually rejected for a federal judgeship in the Reagan administration, after racist comments came to light.

But wait: did Axl Rose vote?  Kanye West recently admitted that he didn’t even vote, despite heavy support for Trump’s win.  And perhaps Axl Rose is one of the roughly 45% of Americans who didn’t vote.  Back in a 2012 interview with Jimmy Kimmel, the singer admitted to skipping the vote.

This time around, we’re not sure if he hit the ballot box.