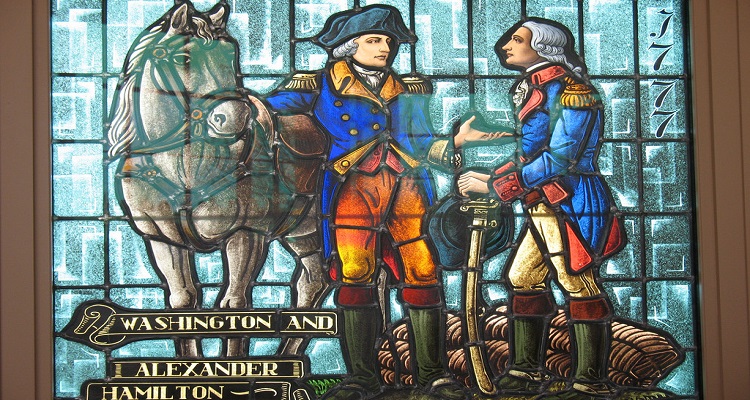 Last month, future Vice President Mike Pence visited a showing of Hamilton: An American Musical in New York. After the show, a cast member thanked Pence for showing up.  As tensions rose, he told the crowd to record and share the open letter.  As Pence walked out, the oratory began:

“We, sir, we are the diverse America who are alarmed and anxious that your new administration will not protect us, our planet, our children, our parents, or defend us or uphold our inalienable rights, sir. But we truly hope that this show has inspired you to uphold our American values and to work on behalf of all of us.”

Tonight, VP-Elect Mike Pence attended #HamiltonBway. After the show, @BrandonVDixon delivered the following statement on behalf of the show. pic.twitter.com/Jsg9Q1pMZs

As expected, the crowd booed Pence and cheered the Hamilton cast members. Donald Trump criticized the Hamilton cast, demanding an apology. Pro-Trump supporters went on the attack. Playwright and actress Danai Gurira defended the video, stating that the moment was a “war cry.”

“We must make use of every platform we possess to truly become the change we still believe in. The theater is a living, breathing exchange between artist and audience. It is a sacred space — when you walk in, you are in the hands of those who have labored to craft the performance.”

However, the Mike Pence controversy may have boosted musical soundtrack sales. Last week, Billboard reported that the musical’s spin-off set, The Hamilton Mixtape, is set to debut at number one. The mixtape will sell between 175,000 to 200,000 album units.

In addition, Spotify reports that users will stream the original Hamilton soundtrack at least half a billion times. The most popular track, Alexander Hamilton, currently boasts over 23 million tracks. My Shot is right behind with over 19 million streams.

The cast hasn’t apologized for their political “moment.” The LGBT community sharply criticized Mike Pence after signing a bill allowing businesses to refuse service over religious beliefs. He went on to amend the bill.