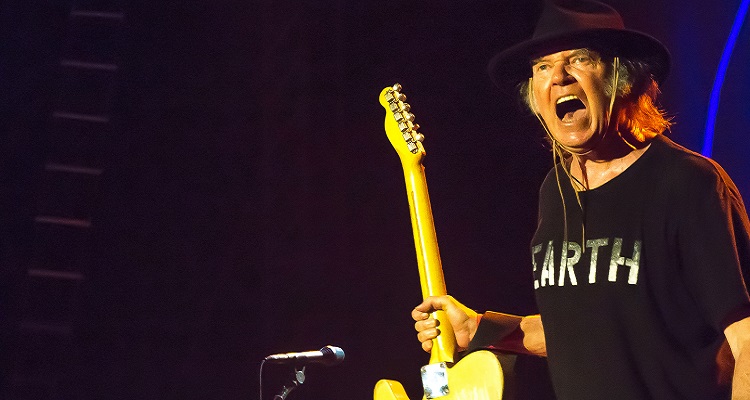 Neil Young likes to think big. How big? Try launching a high-end music player with a corresponding digital store.  Also try supporting it once again.  In a podcast interview with Rolling Stone magazine, Neil Young shared his plans about Pono.

“We’re pushing towards getting a presence in phones. He’s working with a Singaporean company on a method to “maintain our quality level when we go to streaming.”

However, as Rolling Stone notes, iPhone internal chips are not currently compatible with higher-than-CD quality sound. Furthermore, it’s unclear if Young is aware of this issue.

Neil Young launched Pono as a Kickstarter project in 2014. The product finally went live last year after raising $6 million. However, Young struggled with funding. Product sales totaled in the tens of thousands. In a Facebook post, Young told fans that Pono is “a labor of love.”

“We are trying to set up stores in multiple countries and are restricted by a lack off resources. As soon as we have the funds, those stores will open. We wish it could be faster than that.”

The service soon went into hiatus. As of now, the Pono Store is still “Under Construction.” The site states,

“Progress continues to move the PonoMusic store to a new content partner. We are in the midst of doing all of the needed engineering work to enable that. Once completed, you’ll have the ability to purchase our music in the US and Canada again and we will have the ability to begin expansion to other countries. This remains the top priority for the PonoMusic team, and we appreciate your continued support during this transition.”

As stated in the interview, the Pono Store will now offer a streaming platform service. Young promised to offer “high-quality adaptive bitrate streaming.” Users can listen to the service through an official Pono app. Endgadget has a breakdown of how the service will work.

“The service will offer the highest quality the artist and label offers. Sometimes that’ll be 192kHz, 24-bit, sometimes it’ll be 44.1kHz, 16-bit (aka CD-quality, or what Tidal offers). That’ll be the default. If you don’t have the bandwidth required to support that bitrate — 192kHz, 24-bit can be as high as 9Mbps — six times that of Tidal and around 30-100 times more than Spotify — then the stream will seamlessly step down in quality, down to CD, through FLAC and all the way down to something like OGG or ACC at 128Kbps.”

Like DMN, Engadget has no idea exactly how the service will work through streaming.

Rolling Stone’s interview with Neil Young leaves a lot of questions about the Pono music service:

The Pono Player last appeared in CES 2015. We’re hoping Neil Young will clarify Pono in CES 2017, which is coming up in January.