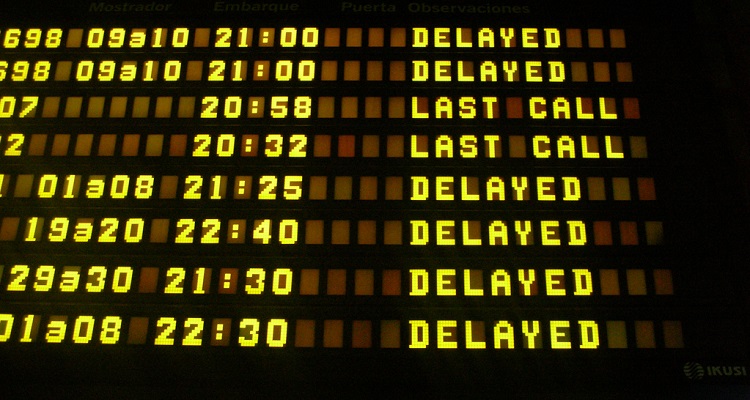 Apple AirPods finally go on sale. But, when exactly will they ship?

As part of its courageous decision, Apple removed the headphone jack from the iPhone 7. In its Keynote presentation, the company unveiled the AirPods. They quickly became the subject of countless memes. However, Apple, unfazed, pressed forward. The company promised to ship their wireless earphones by late October.

Yesterday, Apple.com changed the shipping date. The delivery window promised between December 19 to December 22. Now, the company has pushed back that date. MacRumors reports that yesterday, the website listed “4 weeks” here in the States and in different countries as well. Today, however, Apple’s websites states “6 weeks.” This includes European countries like France, the United Kingdom, Portugal, Sweden, Germany, and Ireland, among others.

The Cupertino-based company didn’t comment on the change. In late October, Apple announced that due to “high demand,” they were pushing back the AirPods to an unannounced date. Websites speculated that the company pushed back the wireless earbuds due to serious bugs and malfunctions. October came and went, and there were no Air Pods. However, in November, several top European retailers posted shipping dates between late November and mid-December. In fact, top Spanish news site ABC.es reported that the AirPods would arrive in Spain on December 20.

The first rounds of shipments will be available in limited quantities, due to exceedingly high demand. This may cause the company to lose out on coveted season revenue. It’s also unclear if consumers can purchase the AirPods at Apple Store locations across the United States.

Recently, the company added support pages on their website on how to use the wireless earbuds. The first how-to page explains how to set-up your earbuds using the recently launched iOS 10.2. The screenshot shows how much battery life your wireless headphones have. The second page explains how to adjust its features, including how to name them. The third page gives the technical specifications.