The Ultimate Ears Flagship In Ear Monitors Just Got Better 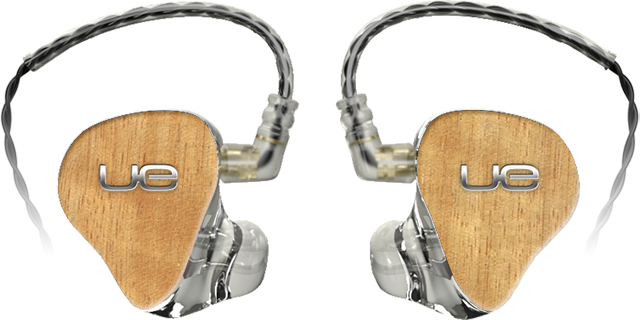 Back in March, I reviewed the Ultimate Ears UE 18 Pro custom in ear monitors (here it is if you want to read it).  Now, there’s something better on the way.

The UE 18s have since become my daily go-to for listening to music on the go.   I absolutely love the quality these little headphones deliver and I just got an email from Ultimate Ears saying that they have improved this model!

You can expect to see a review of them here on Digital Music News shortly after the New Year.  But until then, lets go over what we know so far.

The new ones are called the UE 18+ Pros.  And the big change is the addition of True Tone Drivers.  That means that all of the whopping 6 drivers (per ear) will be getting a 3khz boost in frequency.  They’ll provide an even more accurate representation of what the people behind your favorite music want you to hear.  As Ultimate Ears puts it:

This was previously only available in the PRMs (which require custom tuning) and the RR models by Ultimate Ears.  So I’m very excited that they will be present in the 18 Pros!

Here’s word from their CEO:

At Ultimate Ears Pro, the guiding motto among our team is that getting better has no finish line,” said Philippe Depallens, vice president and general manager of Ultimate Ears Pro. “Our flagship model is a true testament to this principle. We’ve made incredible technological headways in the last few years, as the first to pioneer 3D

printing and technology for custom in ear monitors. Because of this innovation, we’re able to control the variability of the internal architecture for even greater sound control. No matter if you’re an audiophile in Japan, a DJ in New York City or a session guitarist in Nashville, you’re getting our very best with the UE 18+ Pro.

You can customize and order a pair here for a base price of $1500. I’m partial to the wood grain options but I can say from the UE 4 Pro set I tested that the brushed titanium also looks very cool in person.