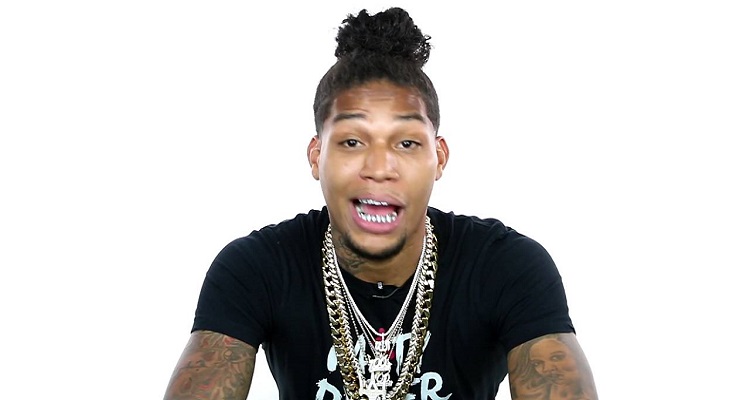 Atlanta rapper Yung Mazi was shot and nearly killed early this morning. Local CBS affiliate WSB-TV first broke the news. Police told Action 2 News that several men who ate inside the restaurant shot the rapper in the chest shortly after walking in. The rapper walked in to eat at the Waffle House. The gunmen shot the rapper before he could order his food.

“I just got out the wheelchair. My foot and stuff still don’t work, so I can’t really run like that. The person with the gun ain’t supposed to run anyway.”

Why do people keep shooting Mazi? He replied,

“People always don’t like the red dude for some reason.”

You can check out the interview below.

The rapper named a recent mixtape Physical Therapy. According to the rapper, he gave the mixtape that name because he worked on it while recovering from another shooting. He had to use a wheelchair during recovery.

“God made me bulletproof.”

Explaining his previous shootings throughout his life, Yung Mazi’s biography on his website states,

“He was shot five times—one bullet hitting him in the head and leaving him temporarily brain damaged, almost ending his life. ‘When the bullet hit me in the head,’ Mazi recollects, ‘it greatly affected me. I had to learn how to read, write, and speak all over again. I’m still not 100% right. I tried doing my daughter’s elementary school homework and it was hard. I couldn’t count money. My brother had to send text messages for me from my phone. It was deep.”

The rapper is currently recovering at a local hospital.