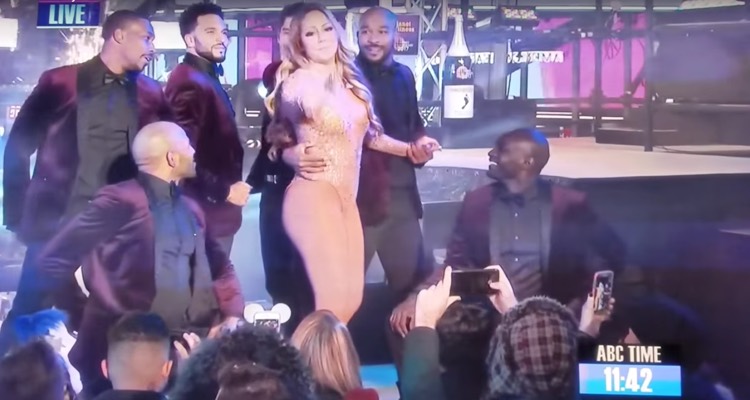 Mariah Carey is now attacking Dick Clark Productions for intentionally screwing up her Times Square performance.  That hard-hitting accusation, which may contain numerous false statements, may lead to major litigation.

If you thought Mariah Carey’s meltdown on New Year’s Eve was ugly, get ready for the next chapter.  The botched performance, which exposed Mariah Carey for lip-synching her entire set, could put the singer’s career on life-support.  But the singer’s decision to go on the offensive against Dick Clark Productions is likely to provoke a major court battle ahead.

Within 24 hours of her disastrous performance, Carey and her team started leveling Dick Clark Productions.  The first accusations surrounded faulty equipment, including a malfunctioning microphone and bad monitors.  Here’s what Mariah Carey manager Stella Bulochnikov alleged to US Magazine on Sunday:

“I will never know the truth, but I do know that we told them three times that her mike pack was not working and it was a disastrous production.  I’m certainly not calling the F.B.I. to investigate.  It is what it is: New Year’s Eve in Times Square. Mariah did them a favor.  She was the biggest star there, and they did not have their act together.”

Tougher talk soon followed.  In a statement to Billboard, Bulochnikov said that Dick Clark Productions refused to remove the performance from the West Coast feed.  According to the manager, that was done to juice ratings at the expense of her client.  “He said he could not [remove the feed],” the manager slammed.  “I asked him why they would want to run a performance with mechanical glitches, unless they just want eyeballs at any expense.”

On a separate front, a Mariah Carey spokesperson was also blasting the accusations.  That included blatant charges against DCP for intentionally screwing things up for better ratings.  “Dick Clark Productions set her up to fail,” spokesperson Nicole Perna stated.

That’s tough talk, but it might be completely false and damaging to Dick Clark Productions.  In sharp response, DCP has now issued a firm statement, calling the accusations defamatory and false.  Defamation is grounds for a serious lawsuit, especially if it can be demonstrated to cause harm to the entity being attacked.

“To suggest that Dick Clark Productions would ever intentionally compromise the success of any artist is defamatory, outrageous and frankly absurd.  In very rare instance,s there are of course technical errors that can occur with live television.  However, an initial investigation has indicated that DCP had no involvement in the challenges associated with Ms. Carey’s New Year’s Eve performance.”

In other words, it was all Mariah Carey’s fault.

Other details now suggest that Mariah Carey may be fabricating defamatory accusations against DCP.  In a statement made to the New York Times late last night, Robert Goldstein of Maryland Sound International said he was unaware of any malfunctions.  “Every monitor and in-ear device worked perfectly,” Mr. Goldstein said. “ I can’t comment beyond that and don’t know what her non-technical issue may have been.”

Then, there are unnamed sources pointing to extremely unprofessional behavior on the part of Ms. Carey.  That includes reports of a seriously late arrival, with the singer arriving hours late.  That may have caused show producers to scramble to accommodate the ‘just in time’ demands of the singer, who was woefully unprepared for the gig.

That version of events is likely to be contested by Mariah.  For example, this tweet shows the singer rehearsing, outside, during the day of December 31st. 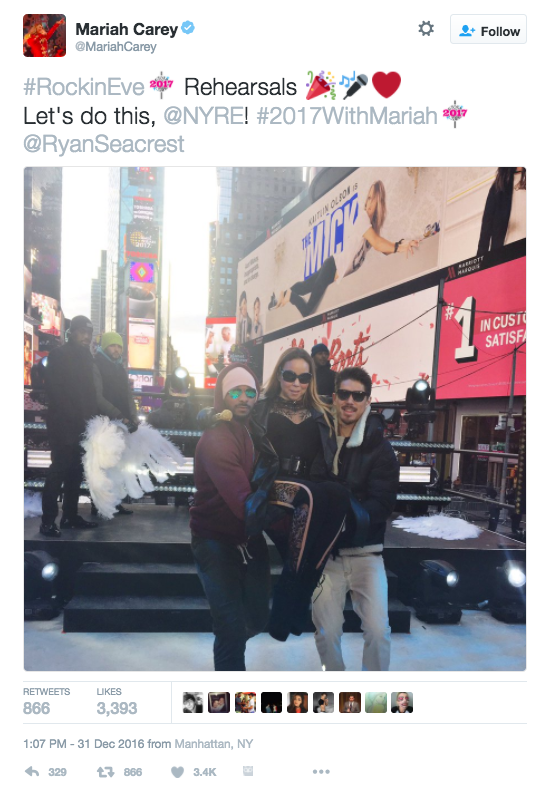