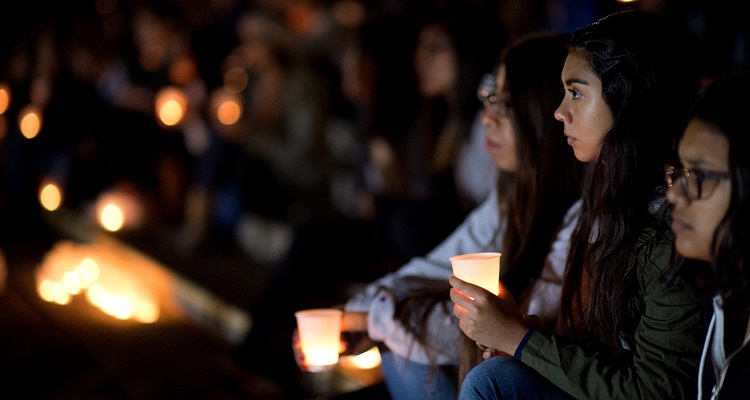 While local businesses blame BPM Festival for the shooting, eyewitnesses and even the state attorney described the real problem: warring drug cartels in Playa del Carmen.

Local businesses blamed BPM for the shooting that left 5 dead and 19 injured during the final night of the BPM Festival in Playa del Carmen. Maria Helena Mata Pineda, President of the Business Coordinating Council in the Riviera Maya told El Universal,

“We’re asking for these kinds of events to go away. Don’t let in anymore. We don’t want BPM here anymore, or any other similar event. We don’t want it and we thank the authorities who are listening.”

Furthermore, under pressure from these businesses that fear losing money, local mayor Cristiana Torres Gómez suspended all future BPM events. She revoked all concert and music festival permits. In addition, she cancelled the upcoming Arena Festival 2017. She explained,

“At this moment, our general stance is not to allow BPM to perform here.”

However, the problem doesn’t lie with the BPM Festival. In fact, according to a new police investigation and eyewitnesses, the true blame should go to warring drug cartels.

Quintana Roo state prosecutor, Miguel Ángel Pesch, told Televisa News that drug trafficking is the biggest lead that they have so far into the attack. Ángel Pesch also dismissed any notion of terrorism. In a morning interview with nationally recognized news journalist Carlos Loret de Mola, Ángel Pesch explained that investigators found and reviewed security footage of the attack.

“We found the steps that started this series of events…[Unfortunately, the video] doesn’t help us identify the shooter.”

Eyewitnesses also described the scene immediately after the shooting. Steve Bora, a Belgian assistant who was inside the Blue Parrot at the time, told news site Novedades,

“The doors were closed, locked…there should’ve been emergency exit. The place was at full capacity, very crowded, and if anything happened. It’s my second year here, so I know how the club is and yes, it was very full, it’s insane, it wasn’t safe not safe … First, I thought maybe it was about drugs, gang murder, I don’t know but it’s not worth it. Everything should be more about peace and love. I don’t know what else to say …Electronic music [is about] love and peace.”

A Mexican tourist also described the confusing and chaotic scene inside,

“We heard explosions that lasted for 10 seconds. First, everything was silent and many thought it was part of the show. The DJ stopped the music for a few seconds and then tried to continue. But the bullets went off again and people were frightened. They wanted to leave and [then] the chaos began. There were bodies on the floor and a lot of blood.”

Ángel Pesche told Televisa that there’s no doubt that the shooting was a “matter of drug traffickers fighting for control of the area.” He made it clear that the initial shooter targeted a specific individual. The shooter then attacked “a group of people escorting [the victim],” which started a shootout. In fact, the gunman shot an armed individual whose gun subsequently went off after falling to the ground, hitting several concertgoers.

Mexico has had a violent history with drug traffickers. In 2006, former president Felipe Calderon started a war against drugs. By the end of his term in 2012, 60,000 people died. 2013 estimates put that number above 120,000, with 27,000 people missing. Current president Enrique Peña Nieto has continued the war so far, vowing to protect the people of Mexico. However, neither campaign has been considered successful.

Crime continues to escalate as well as kidnapping in many large cities and smaller communities. In 2013, the country claimed that more than 26,000 people have gone missing since 2007. Drugs continue to flow freely in the country. In fact, outside of the BPM Festival, eyewitnesses described how drug traffickers freely sold drugs.

“Literally in the street they say ‘pills, cocaine, acid…’. I spent 4 thousand pesos ($185.42 USD) on acid and ecstasy, that’s how easily available it is.”

“Everybody is selling. There are around 200 drug dealers per event. There are many rumors…that drug dealers couldn’t get in [to the club]. Those who did sell inside entered the club dressed as security staff.”

In addition, other local businesses owners (who remained anonymous) told Mexican news site Debate that the shooting appeared to be just another “power struggle” between drug cartels.

So far, BPM has yet to make an additional statement in regards to current police investigations.